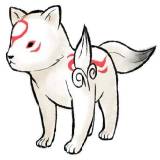 A fourth Golden Sun game would be cool, even if the 3rd was pretty middling I hope that a sequel could get back to the quality of the GBA games.

Also, a new Jet Force Gemini. Obviously it'll never happen because of the state of Rare, but a silly 3rd person shooter like a Ratchet and Clank game could still be fun.

I played, or at least watched my older brother play this when I was a kid, it always seemed pretty awesome but I remember very little about it, so seeing you show off some stuff in an enthusiastic way is pretty cool.

If ghosts saw aliens then unicorns would jump over sasquatches, and narwhal's would walk on land.

So what's the deal with 5 guys? how does a burger place work into video game developer conspiracies?

Holy crap, I went to a private university in Canada and everyone complained about tuition being about $20,000, I can't imagine how much it would suck for that to only be half of your education costs.

I played some of the first but never beat it. I had rented Chain of Memories (the GBA) and again didn't finish it. I did play KH2 to completion and knew that it was referencing several Chain of Memories moments throughout the game that I had never seen. After going back and finishing the GBA game things made more sense, but I thought it was kind of crazy that a lot of KH2's plot was based around events from a handheld game that I'm sure not a ton of people played. It doesn't seem like that's gotten any better since then.

I've been interested in other games in the series but I never played them. I'm kind of glad I didn't because the story just seems so confusing and tough to follow for (at this point) not much payoff.

Maybe I'll re-read that google doc and pick of Kingdom Hearts 3 when it comes out, but I don't hold the series in too high of a regard.

As someone who can be picky, but not to the extent that Jeff or Dan is, I have faced my share of ridicule over my food choices. But Giantbomb seems like an accepting place for weird food likes and dislikes, so why not share some of them!

The one thing that always gets the weirdest reaction from people is the fact that I don't like cheese. I've never eaten a cheeseburger, because I cannot abide the idea of processed cheese sullying the delicious taste of a burger. This leads into the fact that I've never eaten a Big Mac from McDonalds. I basically don't mention that to anyone, I get some shocked looks, plus a couple people who have offered to buy me one. I could get it without cheese, but I don't feel like I'm missing out on anything.

Anyone else with strange likes and dislikes for food? Anyone else on my side of the anti-cheese?

My problems with it were the slow opening tutorial, which kind of continued through the whole game by reminding you of basic items every time you started. That one escort mission with the big bowl of water kind of marked the point when I started having less fun with the game. The dungeons were still cool, I got stumped a few times on them. But I felt like it had just a little too much back-tracking through areas I'd already been to.

I didn't really care for that big water level, it didn't feel too necessary since you weren't there for too long if I remember correctly, it just kind of felt like padding.

Fighting that two-footed monster for what felt like the 4th and 5th time also got old. By the final dungeon I just wanted to finish the game, but it felt like new objectives were popping up to make the game last longer. I also felt like the side content wasn't that interesting, and the overworld in the sky didn't give me a good reason to keep exploring for more secrets as I unlocked new weapons. Maybe if I had found a way to fly around at night I would've investigated more.

That said, I enjoyed the earlier parts of the game, it just outstayed it's welcome in my books. If there was one thing I'd like to see continued in the Wii U Zelda it would be the weapon upgrading. That was an interesting system.

Why stand when you can sit?