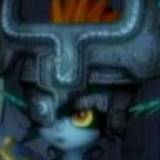 Thanks for the feedback and tips everyone!

It's interesting that CoD chose to do this in their game now if they haven't before.

The part about these new games is just a small part of a 12 000 word dissertation, and I have plans for mentioning earlier games that have done this as well. Onimusha 3 featured Jean Reno and even had his name on the box as a sales pitch. Games based on films often, if not always, use the likeness of actors but often only feature voice actors that immitate the screen actor. This is because the pay is too low to be 'worth the Hollywood actor's time' in most cases. The voice actor Crispin Freeman has imitated Orlando Bloom on numerous occasions, both in games and for audio loops in films (like the Pirates films).

And I will use Uncharted as an example for the technique of recording movement and audio at the same time. I even plan on using Nolan North's book about the making of Uncharted 3 as a source in my Bibliography.

First off a small introduction: For my Bachelor degree in Drama, Theatre and Performance I'm writing a dissertation on a topic of my own choice. I decided to write about acting in new media, focusing on voice acting and motion capture for games and animation. This 'new' form of acting is not known outside of a few specific communities, and I hope to educate some of my own lecturers on the art as they know very little about it.

I'd like to write a bit about how the border between 'voice ator' and 'screen actor' is starting to blur as some newer games project a digital 'copy' of the actors in the games. I'll be mentioning L.A. Noire, of course, with their groundbreaking technology. I was also planning on mentioning Battlefield 3 as the game have digital doubles of their actors for many characters, including the main character Blackburn played by Gideon Emery.

Today I saw the trailer for CoD: Black Ops 2 and was surprised to see Tony Todd lending his apperance and voice to the game. My question is: was Battlefield or CoD using this approach first? I don't play either series, som I'm not familiar with their history. Keep in mind that 'celebrity voices' doesn't count (I now that Gary Oldman and Sam Worthington did voice work for Black Ops, but i don't know if their apperances were in the game as well).

The reason I would like to know is that CoD and Battlefield are two very high profile franchises and it would be interesting to examine if two 'rivals' could provoke this reaction from each other ("They have screen actors' apperances! We should do that too!") and what that means for the industry and the actors.

I don't want this to be a fanboy argument of who did what first. I just need some information I can use in my dissertation.

Thank you very much for reading!

Oh good, you play as Daryl, everyone's least favorite character. That was a smart move...

I wasn't interested in this game until I read that I would play as him. Most people I know rank him pretty high, if not highest (like me). Would like to get more backstory on him, but I don't know if the game will actually focus much on that.

I haven't even opened the game yet and I figured that if I loaded it up and there was an update I wouldn't know if it was just the pre-announcement one or the one that is supposed to fix the bigger issues.

I'm looking forward to playing this game (even if I know it won't be close to as good as the older SH games) but I heard that the frame rates get really bad. Since there haven't been any news about the patch at all I might play it and hope the issues won't be too bad.

And yes, the Vita game looks terrible. It seems like they had a new game concept and just put the SH name on it to sell more copies.

Thanks for the info guys!

I bought this game a while ago, soon after Konami had announced that they would release patch for it and SH HD. I decided to wait for the patch to be released before playing it but I haven't been able to find any recent information regarding the date of the patch. I'm wondering if it is released yet or if I should wait a bit longer?

I have a LOT of patience in games and can put up with almost anything. However, there have been a rare few times that I have quit a game out of pure frustration.

2. World of Warcraft (when I used to play it)

3. The human element. I'm not talking about people generally acting retarded in game, but when people go out of their way to ruin your day. Corpse camping has had me relogging to a different character on a few occasions.

The only single player game that has had me Rage Quit is Devil May Cry 3, because of the vampire queen boss. Oh the rage!

Has anyone mentioned Devil May Cry 2 yet? I have never played it but even to this day it has left a bad mark on the fans.

Actually, DMC2 was the first game that popped into my head when I read this thread. *shudder*

I'll nominate all SIlent Hill games after SH3 as well. I want Team Silent back...

@MetalBaofu: Oh wow, sounds like my Xbox has some strange moodswings...

But it actually makes me feel better to know that it was caused by a system error or something, instead of being Bioware pulling an Ubisoft lite. Your responses have been very enlightening.

The online pass you get with new games can only be used once, meaning that we have to buy one extra anyway. But as long as it isn't required to play the game it won't be a problem. I don't mind missing out on a few side quests. Thank you for answering!

I didn't notice this other post when I typed my initial response. You've used online passes and then other profiles couldn't access the content? I've read numerous times that all profiles on the Xbox should have access. I also know that whenever I get any XBLA games or DLC that all profiles on my Xbox can use them. Basically, if you both play on the Xbox that the pass was redeemed on, then you should both have access to the extra content.

Case in point: Mass Effect 2. What happened with that game was that you needed an online pass to access the Cerberus Network. The CN is what allowed you to download and play DLC's. I activated the online pass on my account and downloaded the free DLC available at release. However, my boyfriend could not access the DLC because he wasn't connected to CN. So, the online pass wasn't required to play the default game, but if you wanted to access ANY DLC (even the ones you had to pay for) you needed to get an online pass.

I was also without internet connection for a while, which unabled me to connect to the Cerberus Network and that left my game unplayable for weeks. When I tried to load a save I got an error message saying that my DLCs were corrupt. As soon as the console was back online, the saves mysteriously worked again, meaning that if you had DLC data on your save your were required to connect to CN to authenticate your account before playing everytime you loaded your save.

And this is what I mean by online passes being more or less required to play. As you said, most DLCs work fine on both accounts after it has been bought so it's normally not a problem. After the ME2 ordeal though, I get a bit annoyed and worried about how much it will mess up my gaming experience.

@Storms: The online pass you get with new games can only be used once, meaning that we have to buy one extra anyway. But as long as it isn't required to play the game it won't be a problem. I don't mind missing out on a few side quests. Thank you for answering!

@Brodehouse: Not a bad idea, but we have a sort of Achievement competition/rivalry going on, so I don't think he'd miss out on points just and give them to me for free. I know I wouldn't. ^_^