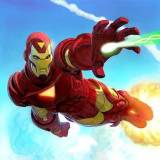 Jack Black was a good choice for host, and some of his little skits were funny. Just like everyone else, though, the objectification of women was just awkward to watch. You look at it and think, "Wow, did they seriously clear that for network television?"

It seemed that they tried real hard to celebrate the no-life, no-friends couch gamer who has no social life and is starved for women. Should we be celebrating that demographic? I think not. The opening song did this and it was acceptable because we knew that they were trying to be funny, but when that hot model came out and said "Hot like me. I'm hot." or whatever, all I did was shake my head. Yeah, she's hot. Hot enough for her brain to melt out her ears because she doesn't know shit about games and she and the audience knew it the moment she pulled the extremely obvious chainsaw reference to Gears of War.

It's good that they got some famous faces from the industry, though, and I really liked the Maxis guy (god damnit, I can't remember his name) talking about his vision for video games and how he was inspired to create the Sim line.

In this week's podcast, they mentioned how the awards were too lumped together. Totally agree. Chop the unnecessary musical performances and give out more awards.

The world exclusives were good, though. Cole Train's video was really cool and I hope that neat surprises like that are a bigger part of video game award shows to come.