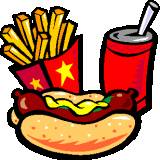 You weren't around when premium first started up were you?

It's a great price for what you get. At some point if someone just isn't interested in the content being put out then no price is going to be satisfying. It totally makes sense to not subscribe in that situation, but the price point is more than fine where it's at (and has stayed for the past decade).

A few months back I finally got around to watching Digimon Adventure tri in full and thus got it in my head that I would like to play a Digimon video game because I was reminded of all those good nostalgic feelings. Steam tells me that I played Digimon Story: Cyber Sleuth for about 50 hours, which is at least 40 hours too many! There is a lot of writing in that game and it is the worst that I've been subjected to in quite some time; as an added bonus, the localization is extra terrible so the writing comes off even worse!

That being said there was enough good in the Digimon raising and battling that I kept playing. I reached a point where I realised that I had absolutely zero investment in the story, which would usually be the part where I give up on a story-driven RPG, but I had heard rumblings that the plot got more focused in the second half of the game. With that carrot dangled in front of me, combined with my pot commitment of ~15 hours and the dumb part of my brain pushing me to keep going till I got the good Digimon, I never stood a chance. So I did what any reasonable person would do - flipped on Cheat Engine and went to town.

To cut the rest of the story short, it was completely not worth it. The story was genuinely worthless and the completionist in me got tempted into beating all the optional super-bosses at the end of the game since I figured I already had access to great Digimon thanks to my nefarious memory-scanning activities. That part ended up being pretty fun since I've always enjoyed working out strategies for 'unfair' fights but on balance I think I still came out with net negative enjoyment.

There's even a whole other game in the Complete Edition that I thankfully convinced myself to not even start. I have heard some chatter about how it's the better written story though...

I just sub on a per-month basis when I see something on the service that I would like to play. At the current price point, even if I only finish that 1 game that I wanted to in the entire month (which has happened a few times) it would still be worth it from a pure monetary standpoint.

You definitely aren't crazy for thinking it doesn't fit into your lifestyle, different things work for different people. That said there's really no reason to box your thinking into the idea that it has to be a consistent subscription, just drop in whenever you see something good to take advantage of it.

The most shocking thing I've learned from this is that apparently APB: All Points Bulletin is still running?

It's not really Myst-like at all in that its a 3rd person perspective but one of my favourite point and click adventure/puzzle games is Zack & Wiki: Quest for Barbaros' Treasure. I realise the chance that you have a working Wii and access to a copy of the game is extremely small but I'll take any chance I can to bring this game up. It's just such a delightfully original entry to the genre.

Both are fantastic games that you can't go wrong with. Hyper Light Drifter is more mechanically demanding on the combat side while CrossCode ramps up to be fairly demanding on the puzzle side of things, with sliders to help ease the complexity of execution if needed. Of the two, CrossCode 'feels' more like Link to the Past to me, particularly in the dungeon areas.

Worth noting if you don't have a lot of time that HLD is a much shorter experience than CrossCode. My playthrough of HLD clocked in at 10 hours while an playthrough of CrossCode would probably end up more in the realm of 30-50 hours depending on how much you do.

It's definitely possible to make progress in smaller chunks of play in CrossCode but in much the same way as many Zelda games, the dungeons can end up being pretty lengthy. You can stop playing midway through and pick back up later so it's not that big of a deal, but I could see some of the dungeons feeling draggy if stretched out over too long a period of time.

Current gen consoles being sold out has almost nothing to do with demand and almost everything to do with the worldwide microprocessor shortage affecting far more industries than just consoles. There's no conclusions about sales to draw here.

More or less agree with you, though I'd probably characterize Cyberpunk's problem less as community created hype and more their massively outsized marketing budget that they chose to do bad marketing with.

On the specific problem of Outriders servers being busted though, I don't think that has anything to do with hype or perception but more with the fact that servers crashing at launch has not only been an incredibly common problem for many years but is also a more easily understood one. It's much easier for consumers to be understanding of a game crumbling under larger than expected server load at launch than it is to be understanding of how a game in development for nearly a decade ships with a ridiculous amount of bugs.

Dota is probably the game I've spent the most hours on if you go back to WC3 days. I don't plan to ever watch this but call me once they've finished their 10th hero-focused season and they announce the 11th season focused on the 5v5 battle between the 10 heroes they've introduced.

I'm excited to try it out whatever the case. Blending in elements from Pacman CE DX to a battle royale layer feels incredibly smart to me.