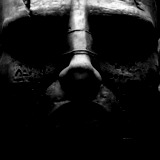 I'd still like to nab a PS5, but the benefit to jumping in to a console later is that you have a backlog of games to enjoy right away. I'm not too hurried about the whole thing.

The best news, you guys.

On one hand, I wish. PGR 2 is a formative video game in my life.

On the other, mostly everything that was important about Project Gotham has been absorbed into Forza Horizon and Forza Motorsport. The Kudos system, the weighty physics in an arcade-racer format, the track line tutorializing how to best take corners, the fun soundtrack, the pseudo-real world photogrammertry. All of the things that made Project Gotham Racing, Project Gotham Racing.

For that reason it would be a challenge for a new PGR title to carve out its own identity.

But, hey. Listen. You remaster those old games or rerelease them, upscaled to 4K? I'm there.

@inevpatoria: Was curious on that since I barely remember the original trilogy lore (my cousin genuinely convinced me that Reptile's ending was him dying in a car accident... I was not a smart kid)

Hah. Honestly, Reptile wouldn't have been above this. He usually gets the short end of the stick.

This is pretty much the standard structure of things for Scorpion. Until he undergoes a full resurrection in the MK9/X/11 trilogy, he's usually being manipulated by someone with direct ties to the extermination of his clan.

@av_gamer: In fairness, there are two Sub-Zeros in the MK canon. The original and his younger brother. The younger brother is traditionally a heroic character who takes up the mantle of "Sub-Zero" after the elder is killed in the first tournament by Scorpion. After dying, the original Sub-Zero's spirit is corrupted into the being/dark ninja pallet-swap known as Noob Saibot.

I'm kind of having one of these moments with Destiny right now.

The game's a treadmill in almost every way. Anyone who's familiar with the game knows how it runs you through the same activities time and time again. But that's not the issue.

Destiny has a trio of really tough missions called "dungeons." They're meant to be completed with three-person fireteams—and they're designed accordingly, often dropping players into confined spaces in which they must perform convoluted tasks against a constant onslaught of infinitely spawning enemies.

But, of course, the game awards special items and cosmetics to players who complete each of the three dungeons solo without a single death.

So, for the last month, I've been banging my head against a particular dungeon—it's called Prophecy, for those curious—which is largely regarded as the most challenging of the three.

Not only is it emblematic of some of Destiny's worst encounter design, but it's both a tremendously RNG-focused challenge and, currently, riddled with bugs. Many of those bugs can stop a flawless run in its tracks—there are currently two widespread glitches that literally prevent forward progress.

I've managed to beat the dungeon somewhere between three and five times solo, but there's always something beyond my control that leads to a death along the line, essentially scrubbing my flawless hopes. Every time, it's something stupid. A critical enemy I need to kill goes immune when it isn't supposed to be, or it clips through the wall or the floor when it shouldn't, or the crucial items you need to collect (typically by simply walking over them) won't interact with the player at all. In this dungeon, one moment too long in the open and you're cooked.

To make matters worse, Destiny has a system of mods and buffs that can mitigate difficulty.

But herein lies an additional problem. Some of these mods aren't readily available—they're sold at random by a vendor, who sells two a day, every day, but often does not sell the mods a person might need. (For instance, this vendor last sold a mod called "Protective Light," which significantly reduces damage when the player is near-death, on November 18.) Worse still, some of these mods are only usable until the end of the season—which is next Tuesday.

I normally don't care about the way Destiny disrespects my time. I play it mostly for the feel of the guns and occasionally to bag unique weaponry. But at its highest level, the game is more of a needless frustration than a rewarding test of my abilities. And what's more, for one reason or another it's the sort of thing that I've put way, way, way too much personal investment into. As if completing this dungeon in this fashion will somehow validate my worth. Which I know is patently ridiculous but can't stop feeling anyway.

This weekend, after having burned something like fifteen hours between Saturday and Sunday in repeated fruitless efforts, I uninstalled Destiny. I just need a break. Whether it's for my mental health or for an excuse to do literally anything else productive with my life than play Destiny.

So that's my story. Hah.

...Sub Zero, who they made a villain for some reason, and Scorpion a tragic anti-hero.

This has been more or less canonized by the games since the beginning of the franchise.

Not that this movie is wholly faithful to the source material. But the Scorpion/Sub-Zero relationship is one piece of the lore the movie tries to get right.

@lapsariangiraff: This was great. I don't read enough Film Crit Hulk anymore. Thanks for sharing this.

oh my god i hate this

I love how many characters they introduce with tremendous pomp and circumstance for the sole purpose of being violently murdered only one scene later.

This movie was kind of a waste of time.

I've always loved the concept of these games. They've always been well ahead of their time in that regard.

But I've always hated the driving in the Test Drive Unlimited games. The physics have never felt quite right to me. Hopefully this game shores some of that up.