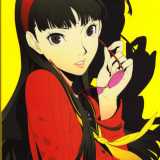 The King of Iron Fist Tournament 6...

It doesn't seem that long ago that I was playing Tekken 2 on my PS1 and now we are on the 6th iteration of the franchise.  I remember playing the 2nd an 3rd Tekken games and having the time of my life.

I even bought Tekken Tag Tournament when I first got my PS2 and played the crap out of that too. The two things that probably keep me playing the Tekken games is the story and the characters. I know that sounds crazy considering that some people find the story to be too crazy, but that's the type of thing I like in games. I enjoy stories that are ridiculous and could never realistically happen in real life.  It's why anyone reads a book or goes to the movies. The gameplay is also funner to me than other fighting games like Street Fighter. I like that there is an X, Y, and Z axis in the games and I like that casual players can button mash and still have a chance to win. I am not very good at fighting games, but Soul Calibur and Tekken are 2 games I can gladly pick up and at least act like I'm good at. it. I myself have yet to buy the newest Tekken, but I will most likely pick it up by the end of the year.
1 Comments