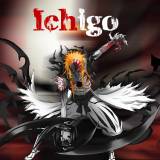 I have no issue with DLC content. I've spent a lot more on it then I ever actually thought I would. The issue I have with DLC is when I log onto my Live Account and it updates my GamerScore to reflect the DLC Achievements.

Maybe it is just a pet peeve but I don't understand why the achievements need to be reflected onto my score, thus lowering my game/achievement ratio when I haven't actually got the DLC to even do the achievements. A good example of this is Prince of Persia. The game is lack luster at best. Repetitive as all hell and you can complete a majority of the game and only kill a handful of enemies besides the ones required (I.E. bosses).

It may just be an issue that has come to light for me recently because of how nearly every game I play has some sort of DLC that comes coupled with it. Or is released a few weeks after the game itself.