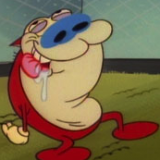 Well i changed a name of this blog series because geel life was lame and geeky Things was just a better name.

Scott Pilgrim Vs. The World (Film)

I saw Scott Pilgrim the other day and i just loved this movie it was the most amazing thing i have seen i already wrote my review up at screened but i have seen nothing ever like this movie and being a fan of the books it was perfect. it felt like a video game turned to life and i will be seeing it, just an amazing movie.

Scott Pilgrim Vs. The World (Game)

downloaded the game after seeing the movie it was scott pilgrim so i got the PSN card and then downloaded the game from the PSN and i just loved it, i had so much fun only played about 30 mins but i love the artwork, reminds of the fighting games from my childhood like double dragon it is such a fun game.

So a new bioshock got announced and im excited but interested in the new bioshock because of its location in the sky because i was getting sick of being underwater, it looks cool being in the sky. i still have to see more to be sold but i am very interested.

This is just a simple blog, i just dont want to write much. and i havent been blogging latley.

What Have I Been Up To

Its the comic book series i am reading right now i am up to volume 9.
Breaking Bad season 2 was awesome its up there with the great shows like the wire and Deadwood.
I am on a big High i Animation anything just ordered the batman animated series and have been watching south park every night. i just love animation.
Thinking about buying it when it comes out and i did like the first game
I have just been watching a tons of his movies and i think he is just an awesome movie director.
got to find more time to blog here and post on the forums.

Thanks For Reading
1 Comments

A new Series i am doing on here talking about games in these diary.

So the other day i got a $30 PSN card so i was going to keep it for the scott pilgrim game but i thought i can always get another PSN card but i bought a 2 games off the PSN store. I got Deathspank (but thats still downloading) and Shooter which is my 2nd Pixel Junk game and the first i played was eden but wasnt a big fan of it but after 5 mins of this game i wasnt really diiging then after 20 mins i was loving. only played about 3 stages. but i love the laver/ water effect. i just find it awesome next i really have to try out monsters.

After waiting for this i downloaded this gem this weekend and i have never played this game before i love the series and after playing the first remake game which i loved is awesome. I only started it and i am really liking this its a funny and awesome since i love point and click games and to them come back is awesome. Also i hope they remake more point and click games for PSN/XBLA. the story is really good so far and funny seems like it bigger then the first game which is awesome cant wait to play more.
2 Comments

I cant wait for this game i get a uncharted 2 feel about it.
5 Comments

I will be downloading day one. just looks awesome so old school.
1 Comments

Bury Me Not On The Lone Prairie

With Red Dead Redemption finished and off to finally finish GTA4 again and Modnation Racer. but got to say i loved the hell out of the game its my GOTY so far even though i loved GOW3 and heavy rain there have been so many good games and its only been 6 months into the year. everything about the game been amazing from the main character the world of the western the music and story i love the game.


The other day i picked modnation Racers and i am loving it i am doing more creating the racing because creating stuff is so fun and easy at the same time. plus what people have made online is just awesome from mario o white power ranger and kick ass its just awesome. i am having so much fun with this game it is awesome.
1 Comments