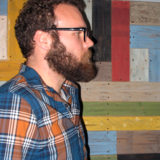 I know I'm bumping this after a week but just wanted to say that Laketown had the right idea, I can't believe I forgot:

I recently began pondering: if I started a musical group in Greenvale... what would it be called?

Whatever  name our group goes by, I'm pretty sure our first single will be named "Infamous Red Raincoat"... and will have a mad whistling solo.

Feel free to share any ideas of your own.
11 years ago

This is just sad. Everyone wants a "Goldeneye 64 HD" so bad - just a version of the classic game that they can play on a modern system and which would feel all right - but this sounds like it's not really going to deliver that.

Then again, would people REALLY be happy with those old controls? Wouldn't they have to update them to stay with the time?

I don't know. What I really want, I think, is a straight port of the game, rough edges and all... and then if they also provided options to break out of "classic mode" and enable e.g. new control schemes, then great.

This is one of the REAL problems with licensed games... even on the rare (no pun intended) occasion that a good one comes out, two console generations later, there's no way to play it, and no way it can be remade due to all the legal obstacles and wrangling over who-owns-what. Urg.

It's interesting to see that once you look past the crust of breathless Apple fanboys being blown away by this thing and how cheap it is, most of the sentiment fits that of this article: "Who cares? What role does this thing play in my life?"

The thing is, I think there is an answer that most people aren't seeing. I'm an iPhone developer, and if you read some of the documentation around the latest App Store features they've added (specifically in-app transactions), you get the feel that they are very serious about trying to convince magazine companies to release apps.

Now today they demo the New York Times, and then show off the iBooks application. The conclusion is simple: they want the iPad to make paper obsolete. They hope this becomes the device that you do all your reading on - whether it be books, magazines, newspaper, or the web. The way I see myself using the iPad is: while eating breakfast. Just like a newspaper. Paper media is dying, and Apple wants to fill the gap.

It's not a bad plan, and though my own attitude is "wait and see", the more I think about it the more likely it seems that it could succeed in a big way. They're going head-to-head with the Kindle, and throwing in everything the iPhone has to offer as well.

There's just one crucial snag... it's crucial that this thing be a TERRIFIC web-browsing device... that's one of the few things it would do really well, and it fits into this "reading device" motif. The problem, as Jeff pointed out, is lack of Flash support. That is killer, and the device will be hobbled until that is in.

As for games? They'll show up on the platform, and will be bought and played. This is not a gaming platform first and foremost, and anyone who expected otherwise had some odd expectations. It is interesting to think of games that could take the best advantage of the platform's strengths though.