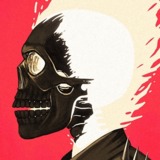 I feel as though I will be filing for bankruptcy next March. With all the games slated for the opening three months of the year I feel that this fall will be devoid of originality. Sure there's Halo 4 and Call of Duty: Black Ops 2. I'm probably going to buy Fifa 13 so I cannot get really upset at that. But when I think about the games that excited me this E3 that ARE coming out this year I'm thinking about Need for Speed: Most Wanted, Far Cry 3, and Assassin's Creed III. Which between the three franchises have a twenty plus game pedigree. I admit the majority there belongs to good old Need for Speed there. The crazy thing is though that this E3 has made me excited for those three games but has completely deflated me on other games that I would have been more excited for by ignoring this week. Tomb Raider, Resident Evil 6, Splinter Cell: Blacklist, and Dead Space 3 are the main examples of this. The trailer released last week for Hitman: Absolution took the wind right out of my sails for that game. It has become so clear that this console cycle has gone on for too long, they are started to burn the pancake and I have to pry games like Journey and Bastion out of the still safe middle but how much longer will even the original DLC titles have before they are being limited. I have put up a list for my favourites of E3 so I will not talk about them here. Instead I just wanted to quickly vent the games that I'm disappointed in.

Also quickly I'd like to mention the games that I'm interested in seeing more of but did not see enough of. The Unfinished Swan is a game that I love the sound of in concept and hear good things of but have not seen hide nor hair of. Dishonored is coming out relatively soon and I've seen some stuff about it but the E3 buzz has rejuvenated my excitement for it. At this point I've given up on Rainbow Six: Patriots. I think that game has the same destiny of Ghost Recon: Future Soldier. With rumours that Ubisoft is rebuilding that game after the initial reception and announcement of Splinter Cell: Blacklist at E3 I have to doubt that games development cycle. Now I'll run down the personal let downs:

Tomb Raider: This was my favourite game of last years E3 (with Bioshock: Infinite) but seeing it this year makes me think that this isn't the game I wanted it to be. I hoped for a game based on pure survival (think The Last of Us but less guns more animals) and instead I got third person Far Cry 3.

Resident Evil 6: They told us that Leon would play survival and Chris would play action but they both play action and considering Wesker's son can punch peoples heads off I can't imagine he's must different. I wondered how Capcom would revive Wesker and all I can imagine is how clever they think they are when Wesker's ghost takes over the body of his son in their great "twist".

Splinter Cell: Blacklist: I love Michael Ironside, his exclusion from the game is not what takes my excitement out of the game. It just looks like Ubisoft's test of modern day Assassin's Creed with Sam Fisher skin. Why does it have to be Sam Fisher? Isn't Sam Fisher sixty now? Shouldn't he be the new Lambert character and then bring in the new young blood which they have done anyway to voice and portray Sam who has been getting younger in every game since Double Agent.

Dead Space 3: I love the aesthetic of Dead Space, and enjoyed Dead Space 2 all the way to the ending. But as someone who never wanted to hear Isaac speak I can't really say I like the idea of hearing him constantly curse with his new best friend. Dead Space 2 was never scary and only rarely reached the atmosphere of the first game, and now it just feels like they're straying even further from the original formula. At one point Dead Space didn't even have a pause menu, I miss those days.

Any game that I haven't mentioned in this post is not done deliberately but instead should show my interest of the game. Either the game is still a bit young or it is even more formula than the previously mentioned shooters. Except for Forza: Horizon which is just a game I feel does not need to exist only a little less than Gears of War: Judgment. "It's slightly better." "Oh.....great." "Sixty dollars better?" "We aren't currently discussing price." "Right." Again though, probably gonna buy Fifa 13.