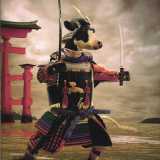 
I just received Medal of Honor in the mail and I saw the review of 3 stars.  I didn't read it yet because I want to check the game out before I do.  I'll post my thoughts on here later this week.
1 Comments

I figured I'd take the time and list the games that I currently have on pre-order. This is going to be another great and expensive year in gaming....I love it!

Games I want to order, but can't or didn't yet:

Outside of gaming, the only other things I have on order would be:

I'll "probably" add that and Tales of Vesperia to my pre-order list. I'm going to play through the demos a few more times because I liked them so much.

I can't wait to see what new and interesting ideas show up on this site.  I just know it's going to be awesome, well, even more awesome than it already is!