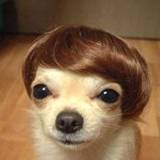 My hype level has been slowly climbing, but is now peaking. I originally dismissed it as a day one purchase, coming 72 hours after the pc launch of Destiny 2, but now I'm thinking that on the 27th I'll be murdering dudes in Egypt.

I loved the idea of the setting, but changing the combat and loot systems are what's fueling my excitement. Can't wait.

Now to hear pc performance impressions so I know whether to get it there or ps4.

@sweep: So spot on. I work for a property management company, and there is a sizable number of people we've decided against renting to because all they could talk about was how terrible their last landlord was.

I never saw NeoGAF as a cesspool, but I didn't venture into the Off-Topic side of the side, and primarily kept to the OT's for games I played or was interested in. I built my gaming PC with virtually zero outside help, except the current Build Your Own PC thread, that was filled with dozens of posters with years of experience and even more patience. It was a place to read, learn, and occasionally discuss, and their perhaps heavy handed moderation kept me from making a few ill-timed/ill-natured posts that likely would have gotten me banned. They had rules, they enforced them, that's that.

That said, I was on the GB forums before NeoGAF, and really only spent time there because it was far more active than these boards. If this contributes to more activity on Giant Bomb, then fantastic.

This will be my fourth year doing this on the GB team, raising money for Phoenix Children's Hospital.

Still kicking around what I'll be playing, but pretty sure there's going to be :

Planning on starting at 10 am Phoenix time Saturday til about noon Sunday - to account for a few food breaks. FWIW around 4 am things usually get pretty goofy if you wanna follow along. I'll be streaming it all on my buddy's channel, I'll update with a link before the big day.

Also, I'm about to publish my second novel, Prove Me Wrong, and anyone who makes a donation of $50 or more will get signed copy of that, as well as my first novel, Outside Service.

I feel like an idiot asking this, but how do you cook?

With the new "experience" rolling out in waves tonight, are we cautiously optimistic that Race Night will happen tomorrow night?

@dewar: Agreed, though, in time more people may jump in. I will definitely keep going, I meant to hit the higher class one as well but a sick two year old and the beginning of the month (I work in property management, first of the month is my busy time) chewed my free time up.

I started a similar thing years ago, I'm pretty sure it was for FM4. One week, one track, one class - winner gets to pick next week. It went on for a little while with mild involvement, then someone won and didn't pick anything, and it got derailed for a bit. When that happened a second time it really derailed it. If I'm remembering right (it's been ...4? years and I've lost a lot of brain cells and sleep since then) it was much easier to sort because there was the actual Giant Bomb Car Club, so you could sort leader board by car club.

I think at the end of the day most people just don't enjoy the asynchronous multiplayer as much as others. But, making a post every Wednesday (for example) dictating the new track and class doesn't take too much effort. Just don't rely on other people to choose, I would make that suggestion.

@Trace: Any chance of encouraging two smaller chats rather than the one 12 man one? The couple races I was the 13th guy definitely changed the tone of the race - kinda like playing with really good yet unpredictable Drivatars.

I did this in 2012, raised $675 and finished fifth on the Giant Bomb team. Having a kid definitely put a cramp on my 24 hour gaming opportunities, but my wife is taking our daughter to my in-law's house the Extra Life weekend, so I'm back in.

I'm going to be streaming at Twitch probably a lot of Forza 6, perhaps some Witcher 3, or something else.

Well damn, just realized I'm going to be out of town by Thursday night - and I'm not going to try to race by tethering my xbox to my cell phone's 4G. See you in a little more than a week fellas.