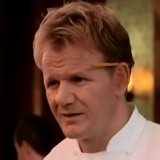 So, Crysis 2 was released here today...


Oh, it's just the Nano edition, which, admittedly, is a lot larger scale than "nano". That's a 26 inch screen behind it. This thing is HUGE. It weighs more than my bag does when I carry my laptop+books, and I had to carry this for about 3-4 kilometres (thats something like 2-2.5 miles I think). I don't consider myself very weak but damn my arms are aching. The guy who had to hand it over the counter even commented about how it was the largest collector's edition he'd ever seen, and he works at a game store, he ought to know after all.

I haven't seen a lot of people with these, and I believe the demo definitely killed a lot of people's hype, but meh, I had set my mind on buying this months ago, and I wasn't gonna freak out entirely even if it's looking grim. I kinda owe Crytek for all the fun I had with the first game, and maybe if enough people buy this for the PC, EA will realize that the PC is still a viable platform (lolthataintgonnahappen)

Any way, what's the largest gaming related thing you've had to haul around with?  And how is Crysis 2 treating you so far?


EDIT:
Did I mention this thing is fucking enormous? Look at this:


The Alcatraz figurine alone is bigger than the entire SCC CE package. I haven't found the battery compartment that's supposed to make it light up yet, but I'll investigate more after I, you know, play the game some.
1 Comments

Yes, as the title implies, my PS3 crapped out on me today. I was sitting down to finally get some quality time in with Super Street Fighter 4, so I eject the disc that's already in (Marvel vs Capcom 3, but why so curious?), which works perfectly fine. As I put the SSF4 disc in, the PS3 starts to "suck" it in, like it should. However, as the disc gets closer to inside it stops pulling and the disc is stuck in some sort of limbo between being fully in and being out. It's deep enough that I can't pull it out with my fingers, but not deep enough for the PS3 to be able to eject it.

This is kind of unnerving, because I really like stuff like consoles and PC's to work. You just expect  a machine like this to last. I'm not panicked yet though, because the PS3 isn't really acting in a fashion it shouldn't. I might've been holding the disc to hard or some shit like that when I put the disc in. This has to have happened to someone else right?

It has indeed, and I find a thread on the Playstation forums that mentions a screw on the bottom of the PS3 that should be able to eject discs that are stuck (it also linked to the official article on the actual Sony website). Whoop-de-doo, I think, and go digging for a philips head screwdriver.
30 minutes later, and the only matching screwdriver I've found was riddicolously thick. I just say fuck it and grab a normal screwdriver (What do you call them? I'll just post a picture)

Easily enough, the disc comes out perfectly. Tears of joy fill my eyes as I put it in it's case and plug the PS3 back in. TIME TO GET DOWN WITH SOME STREET FIGHTAN is what I'm thinking as the PS3 makes the loudest fucking noise I could imagine it would. The home screen is on and all that jazz is working fine, but whenever a disc is brought into the drive, it starts to sound louder than my PC does with it's fans on full. It's terrible.

After not finding anything similiar on the internet, I realize that yeah, Sony's advice fucked my PS3 up to an even worse state than it was in before they "helped" me with this article.

I'm used to shit breaking though, so I just go on the swedish playstation site and look for a support page. I find it quite easily, however THERE IS NO CONTACT INFORMATION. I look for another link that could contain contact information but NO.

I found their contact information by searching for it on google, and finding it on another gaming forum. It also mentions that it costs a dollar per minute to call them, even if they put you on hold for 30 minutes. To top it off, he also mentions that the support is absolute shit and never helped him with anything. Yeah, sounds absolutely great. I still sent an e-mail off to the mail provided, as well as a mail to the retailer I bought it from.

Seriously, sending in my 360 was just "go to this site, fill in a serial number and your adress, wait a week" and then it was all fixed. This is looking fucking gruesome, because I'm gonna have to wait for either the retailer or Sony themselves to reply to this e-mail and confirm whether they can replace it or not. Best case scenario, I go to the retailer and give it to a bro there. Worst case scenario, I will have to send tons of e-mails to Sony and wait for them to reply, which takes a lot more time than just filling in an online sheet and waiting for a box to be delivered. Maybe they won't even repair it.

It's sad. The only console that has lasted med this entire generation has been my PSP and my Wii, and my PSP was losing charge quickly even when fully turned off, so I won't even count it. Is the only company out there making hardware that doesn't break these days Nintendo? Why even use a disc drive like this in the first place? In retrospective it seems like it's made to pull shit like this on you. And why is Sony's support so terrible? I thought I had seen the worst support ever when my PC broke, but at least I could find the numbers to HP's support centre on their own website.

Yeah, this pretty much brought me over the edge: I'm not buying a console next generation unless the PC is completely starved of games. If the quality degrades like it did from the PS2 to PS3, next generation is going to be absolutely terrifying. Honestly, I would be okay with spending an additional $100 and have a larger console if it meant I didn't have to send it in for repairs after six months.
1 Comments

Today I went for a walk with my dog while I let my little sister play my 360. When I came back, she said "Jack, there is a problem with the 360 or something" I thought she had just hit the dashboard button or something, but then I saw that the screen was teared up with red stripes and stuff. I was still not very alarmed, I had actually had the screen lock up like that earlier without it being a real problem. So I restarted it, and then there was a black screen with text on that I had never seen before. It said there was a problem with the hardware with the error code E74 and one red light flashing in the lower right of the circle. I was like SHIT, but I remained calm thinking it could be a problem with the power transformator turd thing, so I disconnected all wires, moved the 360 out into the open, reconnected everything with all wires laying straightly so that they wouldn't mess something up, and restarted again. Still the same error, and that's when I realised I ain't gonna be playing any more 360 for a looong while.

I've treated my 360 like a bloody king, I've dedusted it every day, I've kept it in a well ventilated area, I have never moved it while it was on or when there was a DVD inside it, and still this happens to me. I now realise that no matter how well anyone treats their 360, it's going to die on them sooner or later. And it's all Microsofts bloody fault. I never had this problem with my PS2 and I've had that for a fucking decade already. It's just fucked up that Microsoft offers a console that has hardware that's worse in every possible way than the PS3.

And all this happens with Conviction, a game that I've been getting hype for over a year for, just around the corner. It couldn't possibly have been worse timed. It is the sole reason I'll ever play 360 again after I get a PS3, and I'll probably never pay for XBL gold again. I'm not supporting a company that can't even create a product with longer lifetime than a console from year 2000. That's like supporting cancer.

And the worst part? Their support site isn't working right now. So that's what I've paid $720 a year for.

I just quit TDM and I'll never go back.

This evening I was thinking that "Hey, MW2, it's been so long! I oughta play some!" So I jumped in and I immediately realised WHY I hadn't played for so long. 7/9 matches were losses, were I was getting gunned down by noob tubes, akimbo shotties and the dreaded akimbo g18's. The unbalanced weapon pissed me off a lot, but what mostly pissed me of was how fucking unintelligent 90% of my goddamn teammates were. In the 2 victories I carried FOUR 5th+ prestigers who had NEGATIVE K/D(We're talking TDM here) one of them even had 4 kills 14 deaths, which I had to make up for because THEY, after putting down over THREE HUNDRED hours into the game, still weren't competent enough to pull their own  weight. And they also just couldn't resist, when there was a predator in the air, to stack up all on me, giving the opponent a multi-kill predator followed instantly by a pave low, and instead of getting indoors to not give the opposing team free kills, they just stood outside while the pavelow went on a tear and ended the game 7500-2900. 1800 out of those 2900 points belonged to my efforts, 800 to a dude who was 8-3 and the other 3 were on the prestigers, one of them didn't even have a kill at the end of the game and had over 10 deaths.

I can bear with a game having balance issues, that can be patched, but I just don't fucking understand how people who have put down 3 times more time with this game still can suck so much. So I'll never ever play TDM again, because then at least maybe I won't have to carry all those noobs.

Anyone know what the objective lists are like on PC? Do you meet any skilled duders there? Or am I doomed to playing FFA until the dawn of time? This evening also pretty much made me decide that I'll never ever do a day one purchase of a CoD game ever again. I'll wait until the forums have spoken their verdict next time. I could've avoided wasting $60 so easily if I had waited.