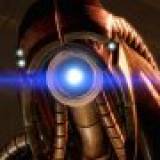 I am currently rather upset with my PS3. Final Fantasy is no longer exclusive. This means that all playstation has now is the exact same games that are coming out on the xbox, along with some average level excusives. I'm still excited about Motorstorm and Resistance 2 but that's nothing compared to how many excusives Xbox is stealing away and how much better their exclusives are. Final Fantasy would have been a great PS3 money maker. I can respect their business decision, but they really shouldn't have waited until this far in to announce it as multi platform. Provided they announce some other high quality Rpg exclusive I'll be fine. However the fact that the system I bought to play Rpgs on currently has less than 5 it's rather frustating, especially considering that all of those rpgs are fairly crappy. /rant