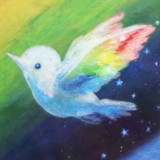 Be respectful and considerate.

I like Vinnyvania. I really enjoyed them bringing it back for Curse if the Moon 1 & 2 specifically. There are some games in the series I'd like to see them play, but I'm not gonna be picky. If Vinny would be down with playing any of them, I'd watch it.

Capcom should combine their two best selling franchises! Take the horror style third- or first-person shooting of Resident Evil and combine it with the dinosaurs of Monster Hunter.

They can call it...Dino Crisis!

(I promise to buy it Capcom)

If Jeff and Dan at some time find it in them to watch GT or Super that'd be fun to me, even if there's no podcast.

I don't expect them to ever do another show at this point, though.

I'm expecting them to get around to doing one, eventually.

I'm personally loving the game, with the only caveats being the look and tone sometimes, as it's not exactly what I imagined from the first 3 games. It's fine for what it is, though.

Really love what they've managed to make with the core of the platforming in the originals, and also that it is as platforming focused as it is, and not overstuffed with mini-games like Crash 3.

I used to be vehemently against this back a few years ago when it was first rumored. I didn't like the visual style of Minecraft at all and as far as moves go it'd be a character reliant on summoning other references as their moveset, which is always my least favorite thing.

Through this site's dive into Minecraft though, which eventually led me to revisit it myself, I've come to appreciate the property more, both it's style/world and its systems. I still went "oh no" at the reveal, but I'm actually fine with it. Minecraft's fun and in terms of influence I think that it's worthy to join the biggest crossover in videogames. Having Smash be the biggest crossover also seems like Nintendo's goal so being able to add something as massive as Minecraft to it makes sense for them. I have nothing against it and it sounds like it'll be a weird, unique character.

@fugoy: Huh, I didn't know they did that outside of the DLC, of which I only played the first 2. Is it any better than it was there? I remember not being super into it, but I always wanted to main Prompto, heh.

I do think the action direction is affecting one of the main draws of the series and genre to me. Y'see one of the things I enjoy the most about RPGs is when it has a bunch of characters that not only feel distinct in terms of design and personality, but also the part they play in combat. 15s action forced them to focus your play on a single character, and any interactions you had with the rest of your team felt pretty weak as a result (It didn't help that, that combat also just felt like it lacked a lot of depth).

Now FF7R's combat I actually liked a lot, because it had this important part for me, where you felt like you had a team of characters that were strongly distinct from one another and you were able to control them all even in a faster-paced action gamestyle. It was really the best fusion of a modern take on old FF flavor that a fairweather fan like me could imagine.

Seeing FF16 I am interested, and it seems like they're committed to making it a better action game than 15, but also I'm worried it'll have the same issue as 15 if you're just playing one or two dudes throughout the whole thing. I'll likely give it a shot either way, I'm more into action games anyway, but I'd definitely mourn that party aspect of the series if it isn't there.

Yeah. Back when rumors about it started floating around I got attached to the idea. The possibility of being to pick up some favorite and/or missed gems from the PS1 and 2 era specifically and easily share the experience with friends through streaming became the driving point to my interest in the PS5, so it not happening is a pretty large bummer. My PS3 broke recently too, and I still have a bunch of those games laying around, 1 or 2 that I might want to go back to.

I'm glad I still get him through Waypoint Radio, but yes he can certainly come by and guest on stuff anytime he likes.

A shame, I´d still be playing it if I had the means to. What´s already there, at least last I saw it, was great though.