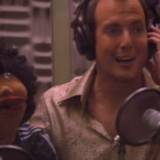 On Monday's I watch Chuck and Heroes.

Then it's onto Thursday when I watch My Name is Earl, 30 Rock (when it comes back), It's Always Sunny in Philadelphia, and The Orifice.

Chuck so far has been pretty darn good. I'm enjoying the story lines, and I've been a Chuck fan since it's been on, and I'm happy to say it's got the same charm and whit to it as it ever has. If you're a fan of the show, definitely continue watching, and if you aren't I think even if you pick it up now it'll still make some sense to you. Check it out.

Heroes is easily one of my favorites. Season 2 was kind of a bust. Not much happened and it was pretty boring, but we're only 3 episodes in and more has happened since Season 2. Seriously, if you're not into this show, check out out the first season. I can understand how some people can't really get into this show, but I really like it. If you're just starting to watch, don't pick it up in the 3rd season. You won't understand a thing.

My Name Is Earl has definitely been disappointing me as of late. The show isn't too funny, and definitely not up to par with the other seasons. If you're a fan, I'd suggest watching it, if you're not, I'd suggest watching the first few seasons, but this one looks like it's gonna bust. (It's been steadily declining in both funniness and quality of the story for the past few seasons.) If you still wanna check it out, however, you can click here and see the past few episodes.

30 Rock is a hilarious, hilarious show. Tina Fey plays Lizz Lemon and Alec Baldwin plays Jack Donaghee. It's basically all the crazy crap that goes on behind the scenes of a live TV show. The star of the show Tracy Jordan (Tracy Morgan) is absolutely insane and Lizz Lemon has to keep track of him, as well as a past-her-prime actress. I'm really not explaining it that well :P, but seriously, check the show out.

It's Always Sunny in Philadelphia is one of my favorite shows of all time. It's a politically incorrect show that covers all the topics shows like Seinfeld, and other great sitcoms wouldn't touch with a 20 foot pole. These include: Eating humans, hunting men, pretending to be cops, looking like a sex offender, accusing your friend of being a serial killer, dating a mentally retarded person (and not knowing it!), dating a 12 year old North Korean girl (that you thought was your age!), trying out for the Eagles, finding a dumpster baby, getting a new father, soliciting bribes, exploiting the virgin Mary, banging your friends mom, going on welfare, making a terrorist "Jihad Tape", getting crippled, getting molested, finding a dead guy (pretending you knew him!), getting a gun, being racist, wanting an abortion, and underage drinking. Now if this intregues you, you're a terrible person. Just kidding! I know it sounds bad, but it's seriously one of the funniest shows on TV. You can watch all the first 3 seasons and the beginning of Season 4 right here.

And last of all my favorite show on TV right now, The Orifice.

The Office is easily my favorite show on TV right now. It's got some of the best comedy ever seen in a TV show or anywhere. The humor is undescribable, and the characters are priceless. This is basically a disfunctional office with a goofy, dumb boss who can never seem to get anything right. It's awkward, it's funny, it's on Hulu also. If you want to watch the past 5 or so episodes of The Office and see whats up with the show go ahead and click here (great quality). Or if you want to watch episodes from all Seasons, go here (bad quality).

Hulu.com is easily one of my favorite sites on the web. It's where I go to see all my TV shows that came out recently and best of all they've got deals with the TV companies, so you only have to watch 15 seconds or so of commercials every 10 minutes or so and you can watch all the TV you want whenever you want.

SurfTheChannel.com is also completely legit, as all it does is gather episodes other people have uploaded to sites like MegaVideo and Tudou. Note: Megavideo is easily the best quality, so if you're watching Season 2, you can always choose Megavideo (as far as I remember), and Season 3 doesn't have it, so beware the long buffer times!

This wasn't going to be a long blog, but I guess it turned into one! :P

Gaming wise, I've been playing or will soon be playing Burnout Paradise, Supreme Commander, and Ninja Gaiden II. Finished Lego Batman, am trying to move on from COD4, but it's just such a good game to play and talk with friends, and am also trying to play MGS4. Just can't!

I'll catch ya'll round the net.