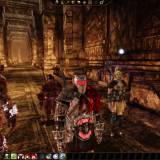 Hey, look at that! A blog within a blog!

Here is a link to my old/new blog that I set up a while back. From now on I will try and be a bit more active in its life, like an estranged father.

Go forth and wander.

Man, we went out tonight at last minute. I say last minuet, we went out at half ten to Durham (In the UK). I don't live that far away, but it's been snowing for about 3 days straight. It all went well for a while, the night wasn't great, the music was too metal for the lads and lasses we were out with (we like the punks). Anyway, we spent a good couple of hours there until we decided to go home.  (My friend won a bottle of champagne by staying on the mechanical bull for 25 seconds!)

The taxi ranks was full of pricks throwing snow balls at all the passes by. I'm cool with snowballs, I'm not snowballist. Just keep to yourself, don't throw shit at people if you don't know. Anyway, after about an hour of trying to get home via taxi, we decided to head back into the club. It closes at 2, so we head back there to find out it was closing early. The night didn't go well, and there were very little people to keep it open till the time that it was closing. We ended up heading down to the other taxi rank to see what was happening. We stood in line, and these are various occurrences that we witnessed while we waited;

Anyway, in short, we met a lovely old couple who my mate shared a taxi with back home, and by the time the taxi arrived at my house (at 4:30) I had sobered up. So now I'm drinking again :D
Props to the taxi driver who gave us a lift home, and I hope he gets back safely!
16 Comments

So yeah, this is basicaly a test.