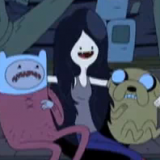 Hey everyone. Seeing the thread on the front page got me to check the game out and it's definitely scratching that Style Savvy itch for me. I applied to the association and added everyone in the thread. My ingame name is Lyne and friend ID is 102944552

It's essentially RB4's first expansion pack. It adds a few new modes such as Rivals Mode (Join a crew and compete against other crews. Playing any of the game's modes, as well as weekly challenges, contributes to your crew's score) and Rockudrama (A playable mock documentary based on the rise and fall of your band). Plus there are new venues, customization options and other features. It doesn't come with any new songs, though if you pre-ordered you received the 10 track songs they released this week.

If there is a Xbox GB Crew, I'd love to join (GT: Jaren Face). I haven't touched Rock Band in a bit, but I had some spare MS credit in my account that I put towards the expansion. Hoping the Rockudrama is fun.

FH3 has honestly been my most anticipated game this year. Hoping for the PC version to be great.

Just a warning, some users on the HS Reddit are reporting that after purchasing the skin, they were unable to log into the PC version of the game since the patch hasn't been pushed out there yet.

I was seeing the same sentiments over there as well and was curious to see if anyone here has experienced something like it yet. Guess I'll be hosting from now on just in case.

Level 8 ET Canadian player who usually plays around 8pm week nights. Feel free to send me an invite. Unfortunately I won't be online this week due to GDC but i look forward to some co-op and DZ runs when I get back (:

While I would have loved to see both THPS1 / THPS2 soundtracks in their entirety, they brought back some solid tracks. And hey some El-P in there too? Nice.

Playing through skate 3 again and the new SSX made me realize something. These types of games really benefit from custom soundtracks. When I play extreme sports games, I can find myself spending hours on one mission in skate trying to nail it perfectly, or on one run in SSX trying to get a satisfactory score. Hearing the same few songs over and over again can really take me out of the zone.

That's why I loved SSX's use of custom soundtracks that were integrated into the game. To be, just changing the rotation of the tracks can make it seem brand new. I'm really hoping for future instalments of games in this genre, they really utilize custom soundtracks.

I actually think it would have to be Underground. I never owned proper versions of THPS3 and 4 (I did have the GBA versions though), but THPS1 practically lived in my N64 and I bought a PS1 to play 2 right when it came out. I rented THUG2 twice I think, while American Wasteland was... decent. I also rented Project 8 once.

Underground however I remember just sinking countless hours into just free skating around. The story mode was actually pretty neat and had some really great moments. Just thinking about the drops / helicopter gap in Hawaii brings a dumb smile to my face.

Watching your edit brought forth a slew of different memories, all relating to this franchise, and of course the hours I pumped into the first game.

...mixed within those memories was the thought: wait a minute, Tony Hawk never had the Darkslide in THPS1!

Remember when Collectors Editions were $10 more than the regular? I remember paying $70 for the Getting Up Collectors Edition which included a Steel Tin, soundtrack, art book (half of it had concept art/graffiti from the game with the rest being blank pages for you to draw) and a silver sharpie). For $10 more I remember Tony Hawk's American Wasteland CE had two extra levels and two bonus characters (I guess the equivalent of DLC today). I use to be a sucker for them, mostly because they were an extra ten dollars. With Collectors Editions these days being $45 or so more after taxes, I'm finding it really hard to drop the extra coin.

I love Borderlands. It was my game of the year two years ago, with me sinking over a 80 hours by myself. But when I look at the Ultimate Edition, and while I find a lot of it cool... I see nothing that justifies me spending $100 more dollars on it, let alone the $45 for the CE. At least when I bought the Mass Effect 3 one, there was DLC - in between the From Ashes content, the squad mate costumes and the casual hoodie wear, I was abe to extract some sort of gameplay value from it.

I guess extra content is what makes or breaks a day one CE sale for me. If the Mechromancer was included within these editions, then maybe. But since she comes with all pre-orders, the standard edition will do. Plus who knows, maybe I'll find them for $20 down the road like I was able to with Saints Row II and Bioshock II. Here's hoping.