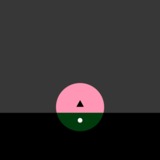 The Last of Us Part 2, Addiction, and Mental Health

My job as a mental health therapist and my recovery from alcohol are both two major components to my sense of self. I am not defined by them, per se, but they both may have had the biggest influence on who I am as a person today. Both have influenced my perception of media, including video games. But no video game has touched on both quite as effectively as The Last of Us Part 2. I have gone back and forth on how I feel about the plot but what I can say with certainty is that the themes of the story emotionally impacted me in ways that I wasn’t expecting. So, I thought I’d put some of my thoughts to paper and that I might as well post them here, to stimulate conversation or simply to offer a different perspective. Because we could all use yet another perspective on this game, right? Note, I’m mostly going to talk about Ellie and not going to go out of my way to mention huge story beats, but I will mention spoilers. The other thing is that these are just my reactions as a therapist and a person in recovery. Everyone's recovery is different which, in other words, means many of us don't see recovery the same way. Also, therapist rarely if ever agree with one another. So remember this is just me talking.

I’ve been performing mental health therapy for about ten years now. I mainly work with adults, though some of my clients have been as young as 16, and mainly work with individuals, though I do a bit of couples counseling. I’ve worked with a ton of disorders, from my days working in community health mostly, but even now as a private practitioner I see a lot of different types of difficulties. But I feel I have a specialty in working with trauma and addiction and do a lot of that now because I work with a lot of military vets. I’m also in recovery from alcohol. I’ve been in recovery for about twelve years but had a relapse around five years ago following an incident at work that was tough for me. My addiction started as a result of undiagnosed anxiety and ADHD, which I’ve since gone to therapy to address and feel is managed (which it wasn’t when I relapsed).

Bear with me while I ramble before rambling. About three years ago, two years into my second recovery and well into my own mental health treatment, I watched a movie called Shame, which is about sex addiction. One thing that you’ll learn if you study, work with, or have an addiction is that, though some of the behaviors of each type of addiction can be different, the core of addiction is quite similar between drugs and even with behavioral addictions, like sex addiction. There’s an obsession with the addictive drug/behavior that is all encompassing. When it’s at its worse, not a single thing in the world, even your own life, matters more than the next fix. That’s why you may hear some folks in recovery mention that they feel like they came out of a daze when they stopped using. Shame captured that so perfectly that I never want to see the movie again despite thinking it was brilliant. It was one of the most uncomfortable movies I’ve watched because it placed a mirror up to me of all my own difficulties with addiction. Strangely enough, The Last of Us Part 2 does the same thing, but with it’s focus on revenge, or maybe simply violence or control. Whatever was driving Ellie, which on its surface was revenge but I feel its much more complicated than that, the result is that she became obsessed and it cost her everything. Her family, her relationships, even her ability to play the guitar, one of her lasting tangible gifts from Joel. But…

She doesn’t fully realize that revenge. The question left for us as the audience is why and the answer to that, and likely whether you like that decision or not, is dependent upon your own biases and experience. To me, it felt like she was finally able to forgive, whether that is of herself, Joel, or something else. I truly don’t think she ever forgave Abby. But she was willing to let those emotions surrounding Abby and what she did go. It reminds me of what a lot of addicts must do as a part of their recovery. Most addicts have scars from their days in addiction and with those scars come shame, embarrassment, self-hatred, and so on. As a part of most recoveries, there comes a time where you confront those demons and learn to forgive them. We’ve likely all heard of the recovering addict going to someone else and asking forgiveness as a part of the recovery process. But it’s a different thing when you are forgiving yourself. It can be hard because some of those things can feel unforgiveable. But I feel it is part and parcel to recovery. A necessary step if you will. To me, Ellie had taken that step. Unfortunately, her rock bottom which led to that step had cost her nearly everything. But so, it goes for a lot of addicts in recovery.

So, fair warning about this one; I’ve never served in the military. My experience with military service is based on my work with US military vets, current and retired. Many of which wouldn’t agree with one another. But there are certain themes that appear to be consistent among soldiers that I’ve observed, anecdotally. The first involves what happens during combat. One of the things I’ve seen mentioned about The Last of Us Part 2 is that the game unceremoniously kills off characters. Or that the violence is overly brutal, such as during moments of torture. Though addressing those concerns and doing some alternative, especially giving characters a more thorough send off, may make for a better experience as an audience what I’ve found with my combat vets is that people dying unceremoniously and having overly brutal violence happens in combat. Not always, as there are plenty of stories about soldiers, some I’ve heard from soldiers myself, about them giving or receiving mercy. But more likely is that the soldier act on traits that can lead to extreme violence and death, with no time for grief, as common place. What I’ve heard from my clients is that, for you to do your job in that acute moment of combat, you have to both pair extreme instinct and training with a hyper focus on the mission which, can, turn to explosive rage. Abby, for example, getting spurned on my Joel’s comment and in turn beating him to death rather than simply shooting him speaks to that rage that can come out of combat. From what I understand, in those moments you enter a very different state of mind that can only really be replicated on a battlefield. Ellie isn’t a soldier per se, but she may as well be one given her life and her role in Jackson’s community. She’s trained to fight and kill infected and humans alike. Abby is, in fact, a soldier. That in moments in this game both have difficulty stopping their aggression, act impulsively at times, and can be extremely violent can be an unfortunate result of extended periods in combat. In fact, many of my combat vets have told me they only really came back from that state of mind when they retired and re-entered civilian life. The same goes with grief. Clearly while during combat you can’t stop and grieve a loss. But even after, many of my vets hadn’t grieved until they got home, whether that be their base or even back to civilian life. The body can have this reaction to extended stress. Like the fight, flight, freeze response but with more of an emphasis on emotional detachment. Usually unconsciously, a person in extreme stress can become disconnected from their emotions, even going as far as to fully dissociate from their own sense of self or their reality, but more often simply from experiencing things like, say, grief. A soldier often doesn’t have time to grieve. So, like in this game, unceremonious deaths are unfortunately all too common.

The next theme I see a lot with my vets is what I’ve learned to shorthand in therapy as ‘drinking the Kool-Aid’. Essentially, to be a soldier in the US military you need to buy into a lot of things. For example, in combat, there are ‘good guys’ and ‘bad guys.’ In fact, you may hear vets when they talk about missions mention the term ‘bad guys.’ In that world, the good guys are your fellow soldiers. If one soldier is killed, many more bad guys need to die in their place. That sort of mentality. It’s a mentality that allows you to perform your duty, honor your team, and persevere through extreme circumstances. It’s also a mentality that doesn’t always fair well to civilian life where ‘bad’ and ‘good’ isn’t so cut and dry. Many civilians, at a distance, may not understand that mentality. Eye for an eye makes the whole world blind and all that. But most haven’t been soldier fighting in combat so it’s hard to know what’s required in that setting. That I’ve observed and heard of this mentality, anecdotally, so often makes me think most of us would think that way if we were soldiers in combat. Note though that not every soldier thinks that way and many soldiers don’t see combat. Further, there are more examples of ‘drinking the Kool-Aid’, but this example relates quite well to this game. Specifically, how Abby and Ellie can be so dead focused on their mission of revenge. When Ellie kept on her mission, despite all the signs telling her it wasn’t worth the cost, as a player I thought she was being an idiot. But that’s my own bias, as a citizen sitting comfortably in my living room. I’m not a soldier, let alone a soldier feeling the need for revenge and a sense of justice. It is not uncommon in combat for those needs, revenge and justice, to perpetuate extreme responses by soldiers on all sides. The concept of the cycle of violence is a mainstay in media for a reason. But in that moment, for those people, it feels justified and I’d imagine it would for most of us too, if we were in their position.

Dude, I don’t know. I said I was going to ramble, right? I guess I’ll end by saying that The Last of Us Part 2 isn’t my current favorite game of the year, but I do think it’s the most impressive and intriguing. That it has so many varied reactions says something in and of itself. But for me specifically, it has entered a rare spot in my brain that up to this point only a few games had reached and only the best literature, film, and TV had taken residence. For lack of a better way of putting it, it has entered the part of my brain where I can’t let it go. I keep thinking about it, not for its plot, but for its themes. Its themes are what hit on my mental health therapist and addiction traits. That’s rare for most media but especially games. That’s pretty amazing indeed.