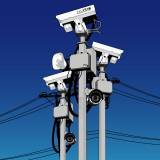 Almost an hour after the stream tonight finished, 700 Giant Bomb users stood strong and many a Batman were told.

I Love the Giant Bomb Community.

Things that make me wish Video Games were real. #1

Everyone at some point in their gaming life has uttered themselves upon seeing something ridiculous, inspiring or just downright awesome -

I dedicate this series of blogs to those moments.

Description: Whenever you fall from a height and hit the deck, the Earth shakes, a plume of smoke rises up and you leave behind a sweet looking crater.

It's the weekend, your going out for a couple of drinks with your mates and said you would meet them inside the club. It's busy and there is a queue 100 strong, snaking its way down the street. There is a thunderous crash, the crowd gasps and stares in awe at the dust cloud that has materialized in the middle of the road. The dust settles and you emerge from the crater, everyone has their eyes fixed on you as you approach the entrance. You are on first name terms with the Bouncer, he lets you in ahead of the queue, and everyone applauds. You arrive at your mates table a few minutes later with a round of drinks that you didn't pay for, and a riot of girls dying to make your acquaintance. You're the best friend in the world and the coolest kid in town this weekend.

Why this should remain in a Video Game

You're on the roof of the building (assuming you had the climbing experience to get up there in the first place.) above the unsuspecting clubbers, all your careful planning is about to pay off, and you jump. Sure enough the crash gets the attention of everyone outside and the mysterious cloud of smoke shows up right on time. But no one gets out of the crater, instead your knees are now beside your ears and you can only begin to imagine the inconvenience that is having all your bones and reputation shatter on the pavement. The impact has showered everyone in debris and broken glass, the bouncer has phoned the police, and the drunken boyfriends of all the girls you planned to sweep off their feet proceed to kick the shit out of your broken body. You appear in a news article the next day about irresponsible drinking.

So I woke up this morning to discover that the boring,bland,beige and highly average regime that is the Scottish weather, has once again been overthrown.

As picturesque as it may look, I was above all things completely bummed as it is saturday and I now have to leave for work a whole 15 minutes earlier to compensate for the over-cautious twats that plague the roads this time of year. Also its fucking cold. Anyway, this was also a not so subtle reminder that Christmas is now less than a month away.

Have any of you never actually seen, smelled, tasted or suffered from snow?

I've been a fan of Chris's site for a while now and I couldint find a mention of it on here.

Basically Chris plans to play and complete every survival horror game ever made. (And often reviews them afterwards.)

There are some requirements for a game to be added into the database which are:

Content Requirements:
Horror Themes. A survival horror game is constructed around horrific situations and events. Simply including zombies or gothic settings does not make a game "horror."
Intent to Scare. To be included in the Quest, a game must have been explicitly designed to scare the player. Furthermore, the intention to scare the player must be one of the primary characteristics of the game.

System Requirements:
Console games only. PC games are not included in the quest. Games available on both PC and a console are acceptable. (Theres a section in the forums for pc games cause there are alot of them)
No handheld games.
No light gun games.
No text adventure or visual novel games.

Anyone who enjoys horror games should check out the database and read some of the features he has written on the thinking and culture behind these games.