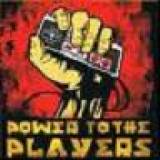 Almost anyone who knows me is well aware that Fallout 3 was not only my favorite game of 2008 but is also one of my favorite game of all time. There is just something about the destroyed and depressing future mixed with the backwards retro-futuristic setting that really resonated with me and it is a joy for me to say that New Vegas keeps many of these sensibilities and yet also adds some well thought improvements and new features. Fans of Fallout 3 will find a whole lot to love here while people who did not enjoy Bethesda's previous effort probably will not find a whole lot to change their mind.

The first thing that becomes apparent is how different a setting the Mojave Wasteland is from the Capital Wasteland. Gone are the depressing green tinted radiated streets and replaced is the sandy and dusty desert of the western united states. Right off the bat I got the impression that things are a lot better off in this part of the country compared to the east coast. pretty much immediately you find clean water, which is pretty much unheard of in Fallout 3. I can't quite put my finger on it yet but it just feels less depressing. It may be the way that people seem to live in real buildings in real towns, instead of in makeshift homes like Megaton and Rivet City.

New Vegas also adds some new mechanics to the mix. Added is a food and ammo crafting system, multiple ammo types, gun mods, reputation system, and some new companion improvements.I have not spent too much time with the crafting systems or new ammo types but I find that the rep and companion systems add a lot to the game.

The Reputation system not only changes how missions often play out but also who just naturally wants to help you and who wants to kill you on sight. Both towns and factions keep track of how much they like or hate you and doing things for or against one side can tip the scales to one side greatly. In my brother's game, he is friendly with a faction that wants me dead really bad, and that was decided from one side mission in the game. I can't wait to see how choosing sides can affect the story later on.

The companion system has also been expanded and improved. You now have a command wheel that you can use to give orders to your companions and unless you are playing on Hardcore mode, they cannot die. In Fallout 3, I pretty much never took companions with me and stuck to the lone wolf lifestyle. I just did not want to feel like baby sitting anyone. In New Vegas, I already have 2 companions and I actually enjoy having them around. They often kill things that I don't want to waste ammo on and never get in the way.

The biggest problem with New Vegas is the bugs. I don't mean Radroaches or Bloatflies. I mean annoying technical issues and sometimes performance killing problems.

I am playing the game on PC and the biggest issue seems to be a wide spread problem that makes the frame rate drop significantly for no reason when NPCs are on screen or in your immediate area. The problem is so annoying and widespread that fans have taken it upon themselves to make various fixes that are an ok temporary band-aid but not a perfect solution. This problem seems to not be caused by PC specs since even people with the most powerful rigs are experiencing it. I personally play the game on the highest settings and have no real other performance problems other than the NPC bug. It has something to do with the programing of the facial expressions of the characters because toggling emotions helps a little bit and turning off heads completely fixes it. I am personally using a fan made fix that forces the game into directX 9 which helps a lot but is not perfect. Obsidian themselves really need to fix this.

Other glitches I have ran into include sound glitches, texture flickering, lip syncing errors, and minor scripting and AI bugs. I have also ran into NPCs and Enemies spawning inside the ground and furniture. Most of these problems can be fixed by reloading or are not distracting enough to be a bother. It is very apparent that this is a Gamebryo engine game.

Aside from the minor graphical glitches, New Vegas is a really nice looking game on high settings. That makes it even more annoying when performance problems randomly take you out of the experience.

All in all, Fallout New Vegas seems to be a game that many players will either love or hate. I highly encourage everyone give it a try to find out which camp you fall in.

What I want out of Sony

For them to tell us exactly what PSN+ is if it really exists.

New things we have not seen before.

What I want out of Nintendo

SD3 to be cool

Some thing new that we don't Know about.

Driver is a fever dream.

I actually have not seen most of it.

I should probably look at Need for Speed soon.

Kinect is not for me as of right now.

I will get the new redesign when my current 360 breaks.

Really cool quest set. Got these done in record time. 112 to finish!

I had a weird Pre E3 dream last night

During the event, both Nintendo and Sony showed things that they were planning on announcing at E3. I can't actually remember much about what was shown, but one thing is very clear in my memory. Nintendo showed their new Zelda game. It looked almost exactly like Super Mario Galaxy except it had Link running around on planetoids and collecting the same stars that Mario collects. It was Adult Link and he looked just like he does in Twilight Princess.

I remember thinking "Well this is weird"

Is this a precursor of things to come? Will Nintendo announce Zelda Galaxy at E3?

Left 4 Dead 3 should be set in the Wild West

Before I get destroyed, I'm not saying they should make a L4D3 so soon, I'm just saying when or if they do, I would love if it were set in the American Wild West.

For years we have lived a Double Life

I have been thinking about Sony Europe's Double Life advert a lot recently. I think it is one of the most brilliant commercials of all time. It's weird as hell and the images border on flat out disturbing but if you think about it, the message is completely accurate. We all live double lives. We all become fictional characters on a day to day basis.

We "live a life of exhilaration".  We have "commanded armies". We have "conquered worlds". We have "maimed and killed adversaries" and "not merely in self defense" We won't deny we have been "engaged in violence, even indulged in it". We have "savored every moment".

"For though I have lived a double life, at least I can say, I lived"

I think that one sentence speaks more to us as gamers than all the other video game advertisements combined.