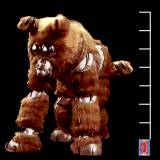 ...is up on YouTube! It covers my new iPhone 4, the short free Web-based prequel to my RPG I'm working on, and my Fall/Spring classes.
1 Comments

Posted a couple new videos on YouTube in the last few days on my upcoming RPG project:

Video blog detailing my latest project: a system for syncing saved games between platforms for my upcoming RPG series!


A short update on my progress in character control for my upcoming multi-platform RPG. I show a test of the Mac, PC, iPad, and iPhone versions of my game test build.

New video blog is up on YouTube. It covers my surprise gift of a top-spec 27" iMac computer yesterday! :D
1 Comments

Up on YouTube in 720 progressively-scanned lines of awesome resolution!
1 Comments

...is up on YouTube. It covers three recent purchases: a 3Dconnexion SpaceNavigator, a Steelseries 7G keyboard, and a Diamond Multimedia BVUMD3 USB display adapter.

First and foremost, my game project Elective Immortality was released on the iPhone and iPad app stores a week and a half ago! I can now consider myself a professional game developer! :D It's also all kinds of rad that both versions are listed on GameSpot -- so that adds an extra bit of legitimacy. :P

[shameless plug] Please check them out if you've got an iDevice laying around: both versions (iPhone/Touch and iPad) are super-cheap! The Lite version for the iPad is already out, and the iPhone lite version is in review![/shameless plug]

It's been nearly nine months since I've last done an update of any sort on my blogs, and since I'm in-between major game projects I decided to set some time aside to chronicle my first game.

Blender v2.49 - free, open source, and a pretty full-featured 3D modeling application. It takes a while to get used to, but that can be said for any 3D modeling app, since the learning curve is about as steep as it gets. I made all 3D models in Blender, as well as animated things like human arms and doors.

Photoshop CS3 and Illustrator CS3 - Made most logos and emblems in Illustrator, and some textures were done in Photoshop. Both are industry-standard tools for graphic design and editing.

FL Studio Producer Edition - great suite for making music and sound effects. The built-in audio recorder/editor is almost as good as other pro-solutions I have like Adobe Audition and SoundBooth. I produced all the background music and voice-overs in FL Studio.

WriteRoom (Mac) - simple word processor. I like that it can completely black-out the screen and leave just what I'm writing front and center. Great for creative writing for scripts.

Ubuntu 9.10 (Linux) / FreeNAS - used on my spare laptop as a file server and documentation reader. Worked well for transferring files between my Windows 7 computer and my MacBook.

L3DT - awesome program for generating realistic terrain, and affordable for the commercial version. I'm going to be using it quite a bit in my next project. :) I primarily used this for generating texture maps for some cutscenes.

Audiosurf - why is a game on my list of essential production tools, you ask? Simple: Audiosurf turned out to be a pretty substantial part of my creative pipeline. If I was stuck with writer's block, or needed to work through a programming or design issue, all I had to do was load up Audiosurf, throw on my headphones, and zone out. I found I could think more clearly while concentrating on avoiding blocks sets to music, moreso than solely listening to music. Your mileage may vary.

Unity - this made it all happen. Unity is the engine I used to create my game, and it made the whole process much simpler than it would have otherwise been. I used Javascript as the programming interface for it, and it's one of the simplest languages out there. It took me a very brief period of time to get used to it, and I'm a pretty terrible programmer. Things like rendering and physics are all handled by the engine, so the designer can focus more on gameplay rather that optimizing backend things. It can currently export to the web, Mac, PC, iPhone, and iPad. This summer it'll be able to do a few more platforms. :)

My next project is the RPG I showed a while back due to the good response on YouTube from people, especially considering it was a prototype with placeholder graphics! I've only just started on it about a week ago, so it won't be in any playable form until much later this year. I have already got some of the mechanics implemented, but it'll be a while until I start showing it off.

It'll definitely be available for iPhone, iPod Touch, and iPad. I'm also aiming to have PC and Mac versions available as well, though that is dependant on getting them onto Steam, as I don't want to mess around with publishers for a boxed release. There's also a very good chance it'll be out on Android and even Xbox 360,PlayStation 3, and WiiWare if I can wrangle a publisher.

In other news, I sold my motorcycle about a year ago, and I really need to get another one. I really miss the freedom that a bike can offer -- especially if you just spent 14 hours in a row debugging a build of your game. :( I've been keeping an eye on Craigslist, but it will be a while before I can even afford a cheap bike. I did get my C (car) + M1 (full-size motorcycle) license after taking a course here, so at least I'm fully prepared when I do get one again.
I've signed up for college cIass again at a local college. I've been out of school for about two years now, and I feel I'm now ready to devote my full attention to the cIasses. It also helps that I do not have to take any of the general ed stuff. :p I'm going for a degree in Computer Science, as I'm now confident enough in my programming abilities to make it through most of the cIasses about that. By current estimates I should have a degree and a few certifications by the end of next year.

I picked up an iPad and a Motorola Droid recently -- both are awesome in their own way. I can see myself leaving the MacBook at home and only taking the iPad with me for college lectures, since it does a pretty nice job at taking notes even without the keyboard dock. Plants vs Zombies is also all kinds of awesome on the iPad. The Droid...has some interesting stuff on the Marketplace. I can't really test it as a phone, since I got it off of Ebay and I do not want to pay for two smartphone plans (I have an iPhone 3GS already), but the Android platform is pretty rad. Developing for it is kind of odd since there are many different versions of the hardware, but it is a decent platform for apps and some games.

I think that's about it. If you have any questions hit me up in the comments or send a PM. I can mostly be found on Twitter these days -- I'll follow ya back if you don't have any auto-update crap in your feed that spams your online status or achievements every 15 minutes. :p

Latest iPhone RPG video update is up on YouTube -- you can find it here. It coversa quick animation, battle system, auto-save functionality, and better world cameras.

Also picked up some Turtle Beach Ear Force X4 wireless 5.1 headphones about an hour ago. I totally hate that they put the headphones inside a sealed blister pack... INSIDE A BOX! It's already in a box! You don't need to blister pack it sakldfnkasdflkasdf. Besides the packaging there's not too much to fault with it. I tested it out with Boom Boom Rocket (a rhythm game) on the 360 and it performed admirably with no real noticeable lag. It's no replacement for a proper set of stereo headphones, but it's good enough for some 5.1 gaming.

Added some more stuff to the latest build of the RPG prototype for build A09 -- most notably the beginnings of a battle system. The picture at the bottom of this post shows the main battle screen as it's currently laid out. All the menus will be semi-transparent, so no matter how cluttered the screen gets you'll still be able to see the 3D stuff.

I have it set up as a quasi real-time battle system for the moment (think pre-FFX stuff) where action bars will slowly fill up, and once full you can select an action for your character to take. I might change it to a slower turn-based system later if I think that real-time doesn't work well for the iPhone, but for now I'll keep it like this.

I currently have the engine randomly select a camera every four to eight seconds, so the view can shift to any one of six different cameras while no actions are taking place. Once the characters and enemies start attacking then specific camera sequences will be used. If this last paragraph made no sense then just watch my update video in a day or two and it should make more sense then.

I also put in a large outdoor dungeon area for the player to explore -- I've structured it so that the player needs to pick up three items in the game world in order to open a gate at the end, and once that gate is open a cut-scene and a boss battle will be triggered.

I also changed how the cameras work in the outdoor dungeon area, so they are now over-the-shoulder and work much more fluidly than the ones I have shown in previous demos. Also on the to-do list is implement a mini-map.