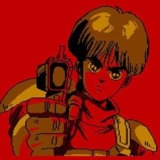 Wiki Tip: Parodies/Unlicensed Appearances are not the same as appearances

Spent some time digging around some of the older wrestling games and character pages on the site to find that people have tagged many of the Fire Pro Wrestling games with characters who actually aren't in the games. Just a note that just because a company is trying to make a character in Randy Savage's likeness does not mean that Randy Savage is in the game. We want actual, "real" appearances when we attach characters to games, not parodies or cases where the company is just "borrowing" someone's likeness.