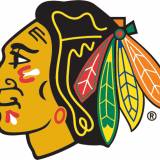 So recently I received my first platinum trophy ever. I've been playing my PS3 all generation and never felt compelled to go for the platinum. Don't get me wrong, I'm into trophies. I'm just not into them enough to go for all of them. So what game put me over the edge and made me want to platinum it? Lego Batman 2...on the Vita. I know that the Vita version is just a port of the DS version, but I still had fun with it. I wanted to unlock every character, beat every level, collect every brick, etc. The one thing I didn't really want to do was get a gold on all of the Justice League levels, but on my first play through of them, I got a gold on the first 3 missions. I only had to replay the last 2 twice, so all in all, it wasn't that bad. I don't know if I'll ever go for another platinum (not likely), but I can now say I have one.

So with the extra life event going on this weekend, I thought I'd start a post asking who's participating and what they are playing.

I'll be playing Borderlands (specifically the General Knoxx DLC), Uncharted 2, 3D Dot Game Heroes, The Saboteur, Enslaved, NHL 11, Mario and Luigi: Bowser's Inside Story, and maybe a few others.  As you can see, I don't like to play the same game for a long period of time so I'll probably be switching every few hours.

So what are you guys gonna play?

So I'm late to the party, but I'm playing GTA 4 now.  I'm getting really frustrated when i die near the end of a mission because you have to start back at the very beginning of the mission.  How does a game get so many "perfect" scores with this huge flaw?  Anybody else find this frustrating or is it just me?

Story better than the gameplay

So I'm playing Ghostbusters right now.  I'm on like the 3rd mission, but I'm noticing that the gameplay is all ready starting to lose me.  However, I find the story/writing/voice acting to be pretty good and I may play through the game just for that.  Anybody else have any games that they played through just to see how the story plays out?