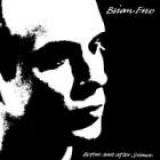 My friend and associate Kevin Knodell just published a piece on the closure of Comic Book Inc. in Tacoma. I will confess to never having gone to the shop in question, mostly from my lack of interest in comic books. However, I look at the closing of any independent business with a pain in my gut.

At one point during my time in Parkland, I went out shopping with a new group of Dungeons & Dragons players to my favorite local business, The Game Matrix in Lakewood. It’s a one-stop shop for everything from Warhammer miniatures pants and LARPing supplies, to family board games and copies of The Dead Gentlemen’s hit film The Gamers II: Dorkness Rising. Their selection is astounding, and they’re willing to order anything they don’t have. I’ve not once had a bad customer experience there, and the folks who come in to play war games and run D&D sessions are polite and informative. They’ve even got a soda machine that sells cans of Mountain Dew for fifty cents. Regardless, one of these new players was looking for a fairly specific miniature, pre-painted if possible. They had a pewter, unpainted version of a tiefling druid-ish mini, but they wanted something like a reasonable price for it. The player’s response to the clerk was, “Well, that’s a little expensive. I think I’ll just order this on Amazon instead.”

This was the moment, friends, where I started to think very seriously about Amazon. It also made me wonder about my friendship with the person in question, but that’s for my therapist.

For starters, I can think of no worse of an insult to a person than to say, in effect, that your livelihood is not worthy enough of a thing for me to spend money in your shop. This is not far removed from wishing them deprivation and hunger, for it is the suggestion that their shop is not a worthwhile place. Without their shop, they’ve lost their job. Granted, one person’s business on a ten dollar item might not be enough to bring down an institution. It would take a spectacular amount of lost sales, by a competitor who could compete at such a volume that they could undercut the meager margins on a ten dollar miniature to make that sale. It would also take a generation or two to become more or less indoctrinated and addicted to the experience provided by this competition, to the point where they begin to base most of their purchasing patterns around the outlet. And that, friends, is why Amazon is terrifying to me.

Buying the Pathfinder Core Rulebook is a $50 proposition, plus sales tax. It’s not a cheap book, but then again it is the only book you’d really need to play the game (past a Monster Manual for the DM; and no YOU DON’T NEED THOSE SPLATBOOKS AAAHHHH). That $50 purchase is a commitment to some, perhaps even more to a cash-strapped high school or college student, but its purchase should be seen as something of a rite of passage. The new gamer is taken to their local Mecca, the gaming shop, walked through the halls of endless supplements and Salvatore novels, and handed their new tome. They learn the shopkeeper’s name, and check the nearby corkboard of index cards for any games starting in the area. It can be this great experience, interacting with people and interfacing with tactile items.

Amazon.com cheapens the experience, literally, by offering the same book for $31.50. They’ll go a step further and ship it to your door in two days if you’re a college student. Imagine the convenience of never having to deal with another human being while you get into a hobby whose main conceit is that you must deal with other human beings. Think of the time you could save not being exposed to other games that you might be more inclined to pick up. Add that to the gas you’ll save when your book shows up in an over-large cardboard box, wrapped in plastic bubble wrap or filled with styrofoam, and you’ve got one hell of a deal.

The gloves are off. I see Amazon as one of the most damaging forces arrayed against small, independently owned business. One could counter-claim that the recession is the real killer of businesses, but I would propose that it only fuels the fire beneath them. When I was in college and my income was significantly less, I would look at a $20 savings as the simplest of choices. And that was for admittedly frivolous things; for absolute needs like my textbooks, the choice was even more obvious. Why spend money that I need not spend, I would reason. Me first, I would reason. These guys would give me free deliveries, occasionally next day, on the same item I would pay significantly more for at the local bookstore. I was not the only undergraduate student of modest means in 2008. I feel I can safely say that there are millions of people who look at the value proposition of Amazon (and other online retailers) versus their neighbors, and shrift their neighbors.

The real exception I made to the standing Amazon policy was in used books, which I pursued voraciously at a few fine local shops (Tacoma Book Center and Park Avenue Books mostly, with some trips to Half Price Books after I learned of its existence). I applied the same spendthrift logic to these used shop excursions, but there was also the notion that local businesses were worth the effort to sustain. Over time, I fell deeply in love with the Tacoma Book Center in particular. Their selection is astounding, and they will hunt down and order materials that they don’t have in stock. I would bring in stacks of old books, willing to accept that I would be able to trade them all for maybe one or two “new” titles, and accepted this on the notion that this is a business that lives on selling books for more than what they spent to buy them. I, in turn, clear their inventory space for new books and more sales. It all started to feel very organic, like I was cleaning the teeth of a whale or something. Symbiotic relationships and whathaveyou. Furthermore, I could actually find better deals there than I could from private sellers through Amazon. I wasn’t having to cut my own throat to keep them in business, which was fine by me.

When I think about CBI closing, I think about my own local comic book store, The Dreaming. I chose the apartment I did based in part on the fact that I can basically crawl to The Dreaming in under a minute. It’s an extension of my apartment to me, a library full of Lovecraft statues and New World of Darkness core books (plus those mysterious comic book things). They host tabletop gaming sessions several nights a week, and are now doing Magic twice a week (borrowing space from the Scum of the Earth Church next door). On Free Comic Book Day, the owners placed out a dozen boxes full of used comics (most in plastic) for anybody to grab. They’re providing an outlet and a creative space for a host of nerd folk like myself, and to keep that space in existence I make a conscious decision to purchase what I can from them. When they didn’t have a copy of The Killing Joke, I ordered it through them. Did it take longer than three days? Yes. Did I spend more money than if I had ordered it on Amazon? Yes. Did I help put food in the mouth of the awesome owner? Yes. To me, that will forevermore be the difference.

I’ve had the argument thrown at me that Seattle residents should not be so concerned with giving money to Amazon, as it is in fact a local business. That’s right, jerkoff. It’s a local corporation with branch offices, warehouses in multiple states, and international outlets. Buying your Janet Evanovich novel of the month from them is the moral equivalent of buying it from a human being with a name and a family, who runs a shop a few blocks from where you work. Amazon needs the money, you see. The economy’s in a bad way, and Amazon’s not quite sure how it’s going to pay its medical bills next month. It would love to have enough financial stability to someday take the whole Amazon family on a vacation to Vancouver, but right now it is having enough trouble paying off its student loans and providing for its kids, Amazon.co.uk and Amazon.cn. It wouldn’t be having such a hard time if those smug, caviar-drinking small business owners weren’t cutting into their profit margins. #occupymainstreet

Stop buying things from Amazon. Find a local business that will sell you the same item, pay a little extra, and form a relationship with another person. Keep your local storefronts occupied, and keep your neighbors fed. Live in a world where a person can own a small business and make a living, and not be ground into poverty by an impossibly big competitor. If nothing else about this article struck you at all, I would hope this does: be aware of the relationship between your spending habits and their effect on your neighborhood.