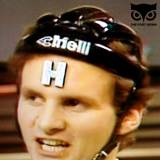 thank god you made this thread. this has never been discussed on any forum i've been to over the last 6 years and its about time it was.

if your after PC advice, you can't just say 'pretty respectable system'. people will want specs

i just copied and pasted this from http://www.eurogamer.net/articles/2012-02-16-bioware-details-mass-effect-3-upgrades-guide#comments it sure is interesting.

"The vast majority of powers data upgrades fall under this, such as damage, force, and impact radius. Most notably, power recharge speed (aka cooldown) does NOT fall under this formula.

Base Value at Rank 1 is simple. Whatever damage (or whatever is being upgraded) is at rank 1 of that power is the base value. This is what all the percentages are off of.

Dynamic Bonuses are from things like your passives and weight capacity. So you could have 100% bonus total by having a 70% bonus from weight capacity, 10% from wearing certain armor, and 20% from your passive power. Note, this value is expressed as a floating point number so 50% = 0.5. 100% = 1.0.

So why do we calculate it like this instead of just taking the current value and multiplying it by the upgrade amount (like 25% for example)? Balance is a big reason. If the upgrade modifies the current value, the upgrade is more useful for players who have a higher value from things like passives and all that. This means powers can quickly become overpowered or an upgrade is useless for some players and ridiculously powerful for others. This becomes hard to balance and manage. So all upgrades go off of the BASE value (and the base value is calculated before any passives, armor, weight capacity, etc stuff is accounted for).

Recharge speed (aka cooldown) use a formula called divide by bonus sum. The formula is as follows:

The definitions of the values are the same as above. So if recharge speed is 10 seconds at Rank 1, the sum of your rank bonuses is 50% and the dynamic bonuses total at 25%, using the formula above what you find is the value is 5.7. Only recharge speed is calculated using this formula. Also, it should be noted that Henchmen power recharge speeds are always double what Shepard's recharge speed is (there may be one or two execptions, but those are close to double). This is to stop the henchmen from being overpowered.

So Rank 1 Weapon Damage Bonus may be 10%. If we say at rank 2 the Weapon Damage Bonus increases by 50% what is the correct result for total weapon damage bonus now. If you used formula 1, it would be 15%. But that goes against what people expect, because you are increasing a percent by a percent. Instead, you expect the numbers to add together. So a 50% increase to 10% should be 60%.

Because of this we created a different formula for these sorts of stats. This just makes the numbers work like what players expect. The formula is simple:

@CptBedlam: i was the same with the terrible mako controls. not fun or relaxing just terrible

I had zero problems with the controls. It was just fun riding that thing across the hills, jumping from huge mountains etc.

well, as they say 'each to their own'. i hated it.

@CptBedlam: i was the same with the terrible mako controls. not fun or relaxing just terrible

this has been confirmed http://www.eurogamer.net/articles/2012-02-15-ncsoft-confirms-guild-wars-2-on-console

No, it will not, and yeah, improved Mako would've been better than the idiotic planet scanning. Biowere went lazy and made Gears of War 5.

but you see i hated the mako stuff. i thought it was no fun at all. but on the other hand you liked it.

so who should bioware please...

Notice the "improved"? If they made planets interesting to explore(side quests, a lot of unique planets etc.) and Mako fun to drive(whatever that means for you) you can honestly say you would rather have a generic minigame only there to grind resources for upgrades?

i didn't think the mini-game was generic. but yeah a 'improved' mako section would be fun too.

No, it will not, and yeah, improved Mako would've been better than the idiotic planet scanning. Biowere went lazy and made Gears of War 5.

but you see i hated the mako stuff. i thought it was no fun at all. but on the other hand you liked it.

so who should bioware please...

i'd prefer digital as i can't loose a digital copy and its always with me. but i do think if you buy a physical copy you should get a digital copy as well, you may do, i dont know.