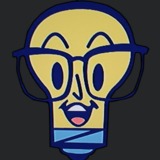 My cat was so happy after I came back from a 5-day vacation last month. I had left him with my grandma and she was saying that he was super bummed the whole time I was gone but he wouldn't leave my side once I came back.

I'm glad Alex is around to fight this anti-cat talk.

I haven't listened to the podcast version yet but I'm very interested in hearing what happened to Modern Warfare Remastered during the Best Remaster segment. I think regardless on how you feel about Call of Duty as a franchise, the amount of work Raven put it the Remaster is astonishing. The singleplayer may just be a standard HD remake but the multiplayer is where it all really shines.

They added in lots of modern trimmings around the multiplayer experience to improve it without messing with the original balance and feel of the game. I won't get into the serious nitty gritty but the Call of Duty community are very fickle, to put it lightly, about specific timing, sound effects, damage, speed, etc, and Raven did a pretty bang up job on addressing all the things that were being brought up or worried about the multiplayer. That can be a bad thing in some ways as a few weapons are pretty overpowered but at least it's true to the original experience I suppose.

One thing I'll knock it for is the servers are pretty bad. I'm not technical expert with that kind of stuff but reports I've read say that the server tick rate is abysmally low compared to the original game and doesn't even get close to the standard of some of the other recent FPS games (Battlefield 1 and Overwatch, specifically).

I feel like since this is very Transformers-centric I just want to rant at how I hate how the limbs to this year's combiner wars Bruticus are impossible to find where I live and are ridiculously priced online. I somehow managed to get 3/5 figures locally at a convention for a good price but cannot find the other two at a reasonable price online (or at any price in person).

The only masterpiece I have is the Starscream in the G1 colours Vinny was mentioning and I love it. I'd love to get more but they are pretty expensive.

I didn't get to catch much of this stream as it happened but I am very thankful I managed to be there live when he played and sang Beyond the Sea.

If you're like Dan and haven't played Amped 3 you should probably at least watch this quick look because oh my god.

Mistakenly posted this in the wrong episode.

Had to post this because of the Sandler talk. The Al Pacino stuff is in here as well and it's crazy as shit.

@amyggen:Damn, I know that happened and I still didn't realize. It never even occurred to me since the UPF set looks so similar to me.

Whoa, how long have they been in a new office area? I haven't watched a mailbag in forever.

and an unexpected blast from Dan's past.

This is Your Life: Dan Ryckert