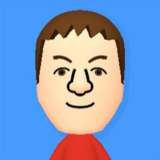 After 10 million years, I finally changed my Twitter picture!

Not surprising at all.

I think about being Goku all day everyday.

Love it. Have 30 games for it already. Lots of great indie stuff on it already.

Mario Marathon is back once again starting tomorrow, June 23rd at 11AM EDT for Child's Play Charity!

Mario Marathon is one of the longest running gaming marathons for charity. This year is special as it marks their 10 year anniversary!

What is Mario Marathon about? From their homepage:

Mario Marathon is a multi-day online gaming event which raises money for Child's Play Charity. The event features a non-stop play through of the Super Mario Bros video game franchise. The number of hours played is determined by the total donations to Child's Play. Since 2008 the event has raised over $560,000 for Child's Play.

Child's Play Charity gives video games and toys to kids in children's hospitals and domestic violence shelters around the world.

Join us beginning June 23rd, 2017 as we start again! Clips from past years are available on Twitch.TV.

Here is a little FAQ that I made that will help the new viewers to this year's marathon!

Where can I watch the stream?

Where can I donate?

If you would like to donate for the cause, you may do so HERE! All proceeds go directly to Child's Play Chairty. They will not touch any of the money whatsoever.

Donating throughout the event will enter you into raffles such as a Nintendo Switch with Zelda! Their contest page for ongoing raffles is HERE.

What can I do if I can't donate?

Anything new this year?

What order will the games be played?

Here is a nice table from their site which actually shows up nicely on Giant Bomb:

Hopefully that covers everything!

If you would like to know more about the event and the Mario Marathon team, head over to their FAQ or check out the rest of the website!

Kick back, relax, and enjoy the show!

I hope they make a tiny change that doesn't matter but drives the competitive scene insane.

The competitive scene would probably just stick with Wii U then, as evidenced by how popular Melee still is over 15 years later

Pretty much this, even thought I doubt that it will happen. Many people don't know there are actually 2 different versions of Melee, 1.00 and 1.02. Melee scene uses 1.00.

As for new characters, I want some more Dankey characters.

If you guys don't have a Pro Controller yet, I highly recommend it. Easily worth the money.