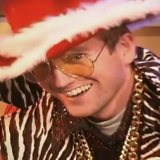 Support@giantbomb.com is what you’re looking for. This address has never changed to my knowledge.

I remember having a couple read on the Hotspot back when it was at Gamespot. I wish I could remember which shows specifically. That’s always a good time.

That’s really cool, man! I had somewhat similar feelings after playing Alan Wake—I just wanted to write spooky stories. That’s a great game, and it’s cool that it helped you find something you seem to really love.

I’ll definitely check our your stories.

I think I remember hearing that Twitch switched away from using Giant Bomb as their game source fairly recently.

Nice. I’ll definitely pop in at some point and check out what you have going on. :)

Best of luck, my internet friend. I’ve enjoyed your contributions, and you will be dearly missed.

That sucks, I'd return it. No reason to pay that much money for faulty hardware. How are the analogs on a regular xbox one controller? Do they typically have drift? I'm using my 360 controller on pc and both sticks are now drifting which is crazy.

I've never had issues with standard Xbox One controllers (only Elites, somehow!). They seem much better at holding up to wear and tear than the old 360 controllers.

I have a nice all red Xbox One controller I bought at the same time as my One X that I love and will probably go back to if I return the Elite. Those paddles, though! And that wireless charging dock! Ugh, if only the basics were nailed down better. I want to give you my money, Microsoft. Let me give you my money.

By the way, if anyone's curious, I nailed down the issue I'm having with the A button a bit further. Basically, if I nudge the button around in its socket before pressing it down, it seems to move just off of the contact enough that it won't register when I press it down. If I keep my thumb from resting on the button and nudging it towards the walls of the button well, and just press it straight down, it works every time. Not sure if that makes sense, but it's been regularly replicable once I discovered this.

I think I'm going back to Best Buy today. :(