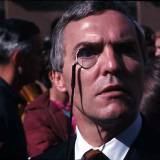 I've been enjoying the EA so far, though I hope they change how some of the elemental stuff works. 5th edition isn't built to have all the elemental surface stuff and damage over time that Divinity is big on, so I hope they tone that down. This gets pretty close to what I've always wanted though, which is a D&D game that actually plays like D&D, which has turn-based combat.

As for it not feeling like a Baldur's Gate game, I see at as being different in the same way 5th edition is different than 2nd edition. I'm more attached to this being a modern D&D game than a new Baldur's Gate, though, and this captures the feel of D&D pretty well for me. Maybe I just play with a particularly savage DM, but I've enjoyed the combat difficulty so far. It forces you to actually use your consumables, which I like because I always tend to hoard them otherwise.

Wow, it's like they made a Sims expansion targeted directly at exactly the shit I'm into.

Edit: Alex's description of Steve Mulder as the CW reboot Fox Mulder is dead on. Also, I'm going to disagree with Alex's assessment of "the first few seasons are good." Season 1 is actually pretty weak overall, with only a couple good episodes. 2 - 6 are more consistently good, but there's still a lot of bad to mediocre episodes. I think the best way to watch X-Files in 2019 is to look up a 'best episodes' guide and just watch those. Like Star Trek, it was a victim of too long seasons with a lot of filler, so episodes range from being some of the best TV ever made, to total garbage.

Here's an okay guide, not perfect. They recommend "First Person Shooter" which is one of the most embarrassingly bad video game episodes I've seen a TV show do, and that includes NCIS and SVU. It's mostly good about the skip recommendations though.

I didn't realize I was at XCOM until I started watching this haha. Internal screaming aside, I love this feature.

Little late, but goodbye, Drew. Your growth as a personality on the site impressed the hell out of me. I'll be sure to check out whatever it is you're doing next.

@alex Clothespins are in fact referred to as C-47's (not C-43, Dan was close, though) on film sets. Supposedly it's because producers would refuse to spend money on something as mundane as a clothespin, so a clever person in the lighting department labeled them as "C-47" on a budget sheet so it would be approved. Everything on films set has silly names with some kind of weird origin like that.

This series made me buy the game. I never thought I'd be into the Yazuka games, but I'm loving it to far. Can't wait until they meet Majima in Chapter 3.

Brad repeatedly ignoring the tutorial that was clearly telling him to be stealthy and then blaming the game for something he could super easily avoid is kinda annoying.

Huh, it's only on PlayStation, weird. I'd assumed the entire time that this was a PC game since it's like Minecraft. That seems super weird that they wouldn't put this out for PC.

17 minutes into a video that's over an hour long. "We'll go for a little bit longer"

So @brad I take it if I haven't played either of these, I'd be better off going back to the first one?