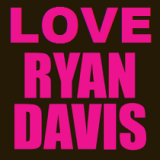 So I bought a Gameboy yesterday…

I finally have some time off with finals being over, and I think it’s just about time for me to try out the blog feature here on Giant Bomb.  Now, I could write some stupid little blurb just to fulfill the “Dear Diary” quest, but that would be pretty lame.

As the title implies, I bought an original Gameboy yesterday afternoon.  Something about that puke green dot matrix screen powered by four AA batteries harkens back to my childhood memories of boring road trips.  For a lot of kids like me back in the early 90s, the Gameboy was the only thing to look forward to when your parents were fighting over a crumpled old map claiming that, “Disneyland is just right around the corner.”  When I was five years old my parents thought it would be a good idea to move from Bangor Maine to Phoenix Arizona, and we were doing it by car.  My Gameboy turned what could have been the most boring seven day long road trip into something that I have fun and nostalgic memories of.  So when I saw an old beat-up Gameboy in the display case of my local used game shop yesterday, a little piece of that kid moving to a strange (and hot) new place sprung up inside me.

The Gameboy that I found in the game shop is in pretty bad shape.  It came without the battery cover, and the piece of plastic that covers the screen keeps falling off.  I’ve ordered replacements for both of these problems on ebay, and they should be coming within the week.  I’ve been doing some research on modding Gameboys so that they have an LED backlit screen, and I might give it a shot.  I’ve even found some sites that offer kits for Gameboy backlighting.  If anyone knows anything about backlighting an old Gameboy screen I would love some suggestions and tips, as I’ve never tried to do this before.  I’m also looking for some suggestions for games to pick up for it.  There are so many games for the Gameboy that it’s hard for me to tell which are great, and which are garbage.  Obviously I need to find a copy of Tetris.  I also want to track down a copy of Kirby’s Dreamland.  It seems like nobody talks about the Gameboy anymore, not even sites dedicated to retro video game stuff.  Back in the day it was the little monochrome machine that could, and I think it deserves at least a little recognition.