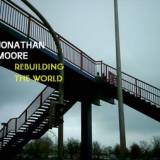 So within the last time I blogged about Pokemon Heart Gold and Soul Silver, I have gotten to Mount. Silver, where I am now trying to defeat Trainer Red. There is a big problem here, most of my Pokemon are now at Level 60, so this aint gonna go down well for me. So I thought now would be the best time to express my thoughts about Soul Silver, the version that I picked, being that I am very close to completing the game (in a sense, obviously I still have to complete the Pokedex and such).

Pokemon Heart Gold and Soul Silver is like Diamond and Pearl, but streamlined. I think the extra of Pokemon HG&SS is that it's an extremely nostalgic affair for most people who play this because the majority of people who will play this are the ones who found Red/Blue and Gold/Silver when they were kids, but at the same time this is the perfect game to play as an introduction to the Pokemon series, so congrats to Nintendo I guess. The problem with a mini-review of Pokemon is that there really is no point, considering most of the stuff that is core to the Pokemon series has been going strong up until this game. BUT, it is safe to say that this is the most streamlined and possibly one of the most entertaining Pokemon games to come out of the series, I seriously recommend it.

-- God Bless everyone, time to try and beat that bastard again.

Hey guys, thought I would quickly hit up a conversation about Pokemon Heart Gold and Soul Silver on the account of me wanting to get the achievement, and me hardly talking to anyone about it since I bought the game. So, so far I have completed the first half of the game, I have just beaten the elite four and now I am on the SS. Aqua. My impressions of Soul Silver? it's a great game, why I feel it doesn't have the heart of the original, this is probably just because I have fond memories of playing that game. So this update is much like Diamond and Pearl but streamlined even more, which I have no problem with personally.

So to conclude, this game is great, it really is. Gold and Silver were some of the best games in the series so far, so updating the games only seemed natural eventually, but what do YOU guys think? do you think that it's just to rake in the mullah? or did Nintendo really take the time to make a great product?