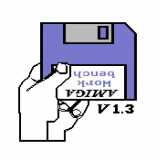 THPS HD. Or how I learned to stop worrying and love the past. 0

Right, I'm gonna review this game and I swear to God on high I will not mention the name Rock Band once. Promise. OK there's no escaping the fact that this game will forever be in a two horse race with the Yin to it's Yang: Rock Band. This makes a practical review relatively impossible. I mean, as logical step from Guitar Hero 3 it has come leaps and bounds sure, but would it have had Rock Band not pushed it to? Maybe, and do I really care? No, not really.The reason I don't care is simple. Guita...

Ok, seeing as in my reviews I tend to not review the game itself, I tend to review aspects of the game, I thought I'd make this one short and sweet and try to help the game buying public, by giving the informed sound perchacing advice. However I will be doing this through the medium of text adventure novelisation similar to the one you used to be able to buy in the 80's and 90's. Right then, here we go........ 1)You are standing in Your local GAME store. You are in here for two reasons; firstly ...

This is a wonderful story that takes place on either side of the Atlantic. A small company called Nintendo was having the best financial turn of events in the company's nearly 100 year history, with a home console called the "Nintendo Entertainment System". Various home computers were having a hard time selling units in the States as consumers seemed reluctant to buy in to the "revolution" they promised. However when Nintendo marketed the NES as a toy, America jumped on board in a big bad way an...

Nevermind the Bollocks, here's the Zombies! 0

That's what they should have called this game. No long winded story about vials in labs or infected monkeys, just "You are here, you need to get there, there are zombies in the middle, go." In short this is the perfect Zombie game, just because there is so little to it, just like the best zombie films (ie, pre-1990's). Not since the original Doom has any game managed to nail this simple idea and still be able to keep the levels fresh and exiting. By all rights Valve could have had this long draw...

For people with 3 fingers. 0

Look this is one of the funniest scripts you will find in any game EVER. With some of the best video game parodies EVER. And the best ending EVER. That being said the problem lies in the fact that it has THE WORST CONTROLS AND CAMERA. EVER. Holy Lord it's as if they were going for some kind of award, as if Guinness were going to call up and congratulate them. Long story short, I'd recommend you play this game, trust me the recent TV episodes, not even the movie was this well written, just don't ...