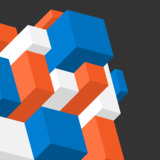 I was a bit surprised how quickly this list came together into my mind. There wasn't a lot of hemming and hawing on my part for the vast majority of the list. 2010's games apparently cemented themselves in place in my mind and that's where they stayed, for better or worse.


And I feel I must list a few honorable mentions that didn't make the cut: God of War III, Just Cause 2, Rock Band 3, and RISK: Factions. Yeah, you read that right. RISK Freaking Factions.
4 Comments

Oregon Trail Is My Gateway Drug for Red Dead Redemption

When presented with a vast array of options, I can often find myself latching onto one of the most minor and unimportant choices available. Call it a quirk. Red Dead Redemption, as many have pointed out, is a game that presents you with such a plethora of activities that distraction is a inevitability. This is far from a problem.

Back in the day, Oregon Trail was the shit. I will not take arguments on this. Apple II-era trail-blazing with dysentery and losing your oxen in the river because you tried to ford it. Now, anyone that played the game remembers the hunting. It was a decent shooting gallery for the time but it was increased in importance due to the necessity that went along with it. I certainly never bought much food. I bought bullets and just hoped everything would turn out alright. Needless to say, I spent a lot of time gunning down buffalo and deer.

Fast forward to 2010 and Red Dead Redemption. I cannot stop hunting. Anything that crosses my path dies, regardless of whether I plan on actually skinning it. I certainly don't need to at this point--I have more money than I'll ever be able to spend. But birds are so fun to watch fall and seeing a buck do a triple somersault never gets old. And while the necessity is gone, the hunting challenges are just plain cool now. Take down bears with one shot? Damn straight! Fight cougars with a knife? Hell yeah!


Huh? Oh, the rest of the game? Yeah, it's pretty awesome.
2 Comments

I can do that! Oh, and the quest system is sucking me further down the Giant Bomb rabbit hole. This was entirely unneeded and is completely awesome.

Kotaku just ran a story detailing the price of a number of soon-to-be-released avatar clothing for the Xbox 360. The majority of the items shown are related to specific games like Fable II and Halo with a few options from a brand called Recessionista that I've never heard of. Basically, Microsoft is trying to get users to pay to advertise their products while they're on a paid service to begin with. I'm not doubting the cleverness of this on a business level. It's a genius business idea, but there's a lot of business ideas that work well in theory but are totally bootsy in practice.

This arrangement creates nothing but animosity and resentment in me. It's an extremely arrogant move on Microsoft's part. However, the sad fact of the matter is simply this: probably about 30-50% of Xbox Live users will buy something from the initial offering of clothing. The revenue generated from that 30-50% will most likely turn a decent profit. The fact that a profit was turned will cause this trend continue and the majority of the clothing will continue to cost money. And all the whining and complaining from people like me will be worth exactly squat.

More Disaster Than You Can Handle

If We're Talking Poker, Sure...

If we're talking games, you are incorrect sir!

The word has been used to death by certain parties in the gaming world, even becoming the name of a company, but the importance of a visceral nature to games is something I can't ignore. In a lot of ways, a visceral feeling can feel like a no-brainer. If you are making a game in which you shoot a gun, make the player feel like they're shooting a damn gun! Shooting a shotgun should not be a peaceful, quaint affair. It's a brutal action with smoke and fire violently propelling shot from a barrel. The same goes for hitting something with an axe or a sword. Finesse is not the name of the game unless we're talking Ezio or Altair. I know that games can overdo it by making you try to feel the action in your brain (I'm looking at you, Solider of Fortune). Yet too often, this seemingly crucial attribute can be overlooked.

With that in mind, I think it's worth applauding those games and developers that do get it right. Or at least two, that is.

Epic with Gears of War

Perhaps this is the painfully obvious choice for something like this, but those guys in North Carolina know how to make you feel what's going on in their games. All the actions in Gears seem to have the perfect amount of "oomph" behind them. From the way Marcus takes cover up against a wall to the feeling of firing a big-ass mortar, Epic nails how I would think every action should feel. Thankfully, I've never been in a war zone and, oddly enough, I've never used a Lancer or fought an alien invasion. And while some of ways in which Delta Squad hurl themselves around would probably result in serious bodily harm and brain damage (if it hasn't already), it sure as hell looks and feels right.

Burnout Paradise was the game that got me thinking about all of this in the first place. No game has demonstrated the look and feel of going batshit-crazy fast while barely feeling in control. The sense of speed in all the Burnout games consistently strikes me. Even Paradise, a game I've played more than any healthy adult should, keeps amazing me with how great the action feels. Every racing game should use Burnout as a example of the best way to shape a player's experience. I'm rarely bored with it. There's rarely not something totally awesome happening. Does the crashing have anything to do with this?....well, yeah. When your car can crumple like a Hershey's wrapper, there's an inherent giddiness it brings to the table. But it's also only a piece of the puzzle. The rest of picture is what truly makes the action great.


Every time I pop in a game that doesn't give me good feedback from what's happening on the screen, it just makes me sad. Then I take that game out and play something that's actually fun. Huh...I guess the problem is easier solved then I thought.

If a Picture's Worth a Thousand Words...

...then Just Cause 2 is going to be un-freaking-believable!

Stunt position? Check.
Helicopters? Check. (Someone call 50)
Explosions? MAJOR check.
Rocket through the legs?...I think I need to go sit down for a minute.

'Tis the season for graduation, which is unfortunate since I end up getting my ass dragged to at least one a year. Between hearing the same ole' speeches and sitting through 400 people that I don't know get their diplomas, it can be hard to find many bright spots. However, sometimes life throws you a bone. Mine came in the form of the pre-graduation music being played by the band.

The band began to play a tune that sounded increasingly familiar until it dawned on me that they were playing music from Metal Gear Solid. MGS3 to be exact. It certainly helped me enjoy the festivities a bit more but, boy, do you feel nerdy as hell in that moment.

I just happened to see a story on Kotaku showing the Gamestop listing for Tony Hawk: RIDE. Now, as Kotaku smartly points out, these listings can often contain false information like the release date. However, one thing that Gamestop is rarely wrong about is the price. Makes sense, given their super-mega-ultra-hyper business nature...but I digress.

Look, Tony, I love ya man. Especially if we're talking back in the day. You've done some pretty awesome stuff. But your more recent entries have been...how do I want to put this...lackluster. And at this moment--you know, the economic downturn--I don't feel that you're quite a sound entertainment investment. Sorry, but we're going to go another direction.