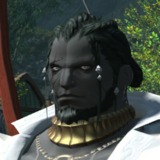 These shows are hard to watch sometimes. This week, all I heard was attitude being thrown back and forth. In an attempt to help with that, I wanted to point out what seems to cause a lot of it, at least on camera.

Rorie! I love you. The excitement and energy you bring to these streams is sometimes very needed. I would suggest maybe letting the person answer you before asking 15 additional questions. So many times this week, you would ask a question, and interrupt the answer almost immediately with another question. Let them answer man!

Ben! You are also awesome! It is also acceptable for Rorie to not know everything that you guys do on the site. Remember what his job is. He is not in all of the shows you guys do, and probably doesn't have time to watch everything considering he is helping all of us with the issues we have with the site, or billing issues during a premium sale. It sounds like a busy time, and that would make it difficult to keep up with the site if you are not part of the majority of content. I know it can be irritating when someone asks you a question then interrupts your answer, but it seemed like you were just finding reasons to throw attitude toward him outside of those interactions.

Of course, I could be reading into things, and I do not claim to be some magic internet video psychologist, but it really does negatively affect my enjoyment when watching these shows. It can't be 100% sunshine and rainbows, but I also don't want to watch you guys just be dicks to each other the entire show. I have been on this site since day 1, and had premium since the very beginning (with a small gap because yay between jobs). I don't participate in this community as much as I used to, but I wanted to voice heard at least.

Keep up the amazing work you guys do!

Extending my sub is always a smile-inducing event. The cheers put the biggest damn grin on my face.

I would hate to watch them put furniture together. Frustrating lol