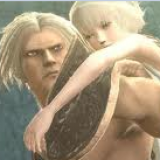 The week I realized I am the worst game critic ever

The last year I have gone through a pretty drastic change in my game buying/playing habits, and yesterday it made me realise something: I have the least refined taste in games ever.

I've been playing games for at least 25 years now (age 33 atm), and since the beginning I've used outside sources to guide my buying decisions. From magazines like PC gamer and EGM to websites like gamespot and gamespy (back in the day), eurogamer and this one. I pretty much only purchased high scoring games, at release. And i almost always enjoyed them.

Around two years ago I bought an xbox 360, which already had a huge backlog of games. This gave me the pleasure of buying older games really cheap. I still only picked up the critically acclaimed ones. Then one day (a couple of months ago) I saw Alpha Protocol for a pitiful sum of money. I was really yearning for a bioware style RPG (but didn't want to buy Dragon Age 2 at full price) so I picked it up. I knew that this was a game that didn't review that well, but had quite a lot of positive buzz from players. And lo and behold, I absolutely loved it. And weirdly enough not like most people in a "great story and choices, terrible gameplay" kind of way, but actually just really loving it as a game. It was actually hard for me to distinguish what what was wrong with the controls, it seemed to work pretty well for me.

Then I picked up Nier, another game that was pretty much panned critically but had quite a lot of fans. And I just couldn't stop playing it till I had finished the A and B endings. And I absolutely love the combat in that game. I dare say it is my favorite game I played this year so far.

Alright, I love two games that seemingly have quite a few issues with either broken controls, low quality gfx, repetiveness or a combination of them. But these game still have quite a lot of fans, so I could still convince myself that I have some taste. Maybe even more refined by loving some niche games.

Then the following happened. This week I picked up 4 games in a bargain bin for a couple of dollars: Viking: battle for Asgard, Virtua Tennis 2009, Prince of Persia (the cell shaded one) and dare I say it .... Bourne Conspiracy. And I enjoy all of them... a lot. I especially am totally hooked on the Viking game. I checked some reviews and this game is almost universally panned for repetive combat, shallow mechanics and camera issues. But I like it a lot more than AC Brotherhood which I also started this week. I realize now that I pretty much like all games. I would be the worst professional game critic ever and give pretty much every freaking game a 4/5 or 5/5.

There is really only one thing that a developer can do that makes me "hate" a game, and that is a high difficulty in combination with a bad checkpointing system. Let's see how that holds up because I am totally going to buy Dark Souls at release. I bet I am going to love that game.

Blogs Created:
1 blog
Most Commented blog:
The week I realized I am the worst game critic ever
Total Comments on blogs:
1 comments