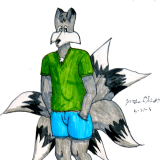 Blast you to a fiery burning hell.  Why Can't you make a gaming system that works!!!  I still have a year left on my RROD protection, so of course, the freaking dvd drive goes out!  Seriously what Am I supposed to do now?!  100 dollar to MS to fix it, 180 to walmart for a new arcade.  If I go with the arcade I lose my black case, and silver drawer, but I get a much cooler running, lower power, system, that is much less likely to fail.  Or 40 dollars and I can try to repair it myself, but then if I fail MS won't fix it.  If I repair it, or MS fixes it I just know it's going to die again.

Seriously someone help, I don't know what to do.

omfg this game is crack.  everyonr play Solar on the 360 now.

Seriously people what the heavens is wrong with you?  You sick freaks killed a guy who was trying to open a door!  I'm sure by now everyone has seen the pictures of the idiots fighting over the xbox 360 ARCADES's with that had the Guitar hero THREE of all things.

Let me lit you In on a secret.  My store still had two of those tonight as late as 7pm.  I was having trouble actually getting rid of them!  I mean seriously the crappy console with an old game who were actually fighting over these?

As far as my wife and I go we spent over 200 dollars on clothes for her.  Allegedly over a 500 dollar value as one of the stores we shopped had half off clearance.
Then we went to Fredmeyers got free donuts and apple juice.  Plus whack and unwrap chocolates, 8 crazy nights for 50 cents and the Special Edition of I am Legend for 6 dollars.
After that, right around 6:30 we sauntered over to Walmart picked up a 25 dollar microwave, and a portable DVD player for 50.

Today we picked up some Cheap DVDs and a 15 dollar blueray that were only supposed to be on sale until 11am yesterday.

On the game front I picked up Jilian somebody's Fitness Ultimatum 2009, and Cooking trainer for the Nindendo DS.


Ohh Btw if you have Little Big Planet, Search for me Jro2020, play my levels, and comment, I will play yours back.

Ohh my lord I be handing out money to these game people left and right.  I bought fable 2, Fallout 3, and littlebigplanet.  I wonder why that is all one word :-(

Fable 2 is awesome but makes me sad.  I liked how in Fable your character kinda sat astride the world.  You were a Hero, or you were a Villain.  In Fable 2 even though your actions have much more direct effect on the world you seem more like just a Do-Gooder or a Muderous-thug.  Now don't get me wrong or anything I still really like the game and all... I haven't quite finished the main storyline because I can't decide who I want to save, It's just they didn't quite manage to recapture the feelings I had in the orginal fable.

Fallout 3 well I haven't even had a chance to play.

And as far as Little big planet, well I'm part way through the story, I published my first level.  Which some people say is lousy, I don't know.  It's a simple level with a few difficult jumps, maybe they expeceted easier?  Maybe harder? I don't know.  If you have LBP play my level and leave a comment.  At least it's not just another level made to give you free trophies.  And there are no rockets attached to any freaking skateboards, so in that fact alone I consider it better than half the stuff out there.

Freaking Fable and their freaking dissapointments.  No multiplayer at launch!  And have you seen just how much they have been cutting out of the Collectors edition I mean seriously this is starting to piss me off.

In other news Braid is fun but hard.  Some of the pieces are just beyond my imagination how to get.  Spore is still addictive, and Duke Nukem ohh my word it makes me happy to play this again.

It consumes me.  Jro2020,  if you have spore send me your account, I would like to subscribe.  To much maxis crab in my worlds, not  enough stuff from friends.

Ohhh BTW I got 2 worlds that are in the orion belt.  One that i just started up today should be able to see Sol, as soon as I get to the space stage.  Unfortunately that may me Earth will be colonized before i get there but here is hoping,

Well this friday will be my last day at the Ammon Walmart.  On Monday i should start at the Merdian Walmart.  Moving is so HUGE.  Really wasn't ready for this.  I thought I had about 3 more weeks before this would actually happen.  Well... well... well.. still in shock really really did not think this would happen so soon.  I will be working in the electronics department at my new store so good luck to me.

Okay this is a bit disturbing but all the contact emails for getting a hold of GB are bogus.  Just keeps getting returned.  WTH GB I just have a simple thing to say.  There is a bug in the Friending code.  Also am I the only one for whom "Wishlist" is greyed out.  It would be nice to be able to track my friends blogs but I can't even tell the staff that because EVERY email that i have tried is returned as undeliverable because adress does not exist.

Well then after receiving several comments on my last blog, and phone call from Wesker, it seems that I didn't piss anyone off that I can tell.  Giant Bomb is just defective.  For instance both Wesker and SonicHomeboy accepted my friend requests but neither one shows up in my relationships, at all, seriously.  Check it out, and I don't know what the broken is.  When I go to their pages it says I am subsribed but their feed doesn't show up.

Holly freaking cow man, I am experiencing major DejaVu which btw was an excellent game.  LOL I just realised it probably would be rated M for mature by todays standards for drugs, and violence.
In anycase seriously I had a dream about the exact conversation I had with Wesker just now.  Yeah it's in my dream diary from september 9th of last year.

Ohhh well guess I will email the admins and see if they can straighten this out.

What did I do?

I don't know what I did but I sure seemed to piss some people off.  Can't get hardly anyone to talk to me.