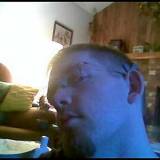 I have King of Kong, and it is indeed a great movie.

The more interesting subject to me is who had the worst E3, and that was clearly MS. I swear, they're losing touch of gamers at a phenomenal rate. SmartGlass? Really?!

Well, as much as I'm not thrilled about MS's direction they're heading in, the gamer side of me just wants to own their new system for whatever games I might find interesting to play. I think Sony's next PS will be amazing, but regardless, I'll get them both.

What sells me more on graphics is how the art direction is handled. Watch Dogs was mentioned, and although it does look technically impressive, what impressed me was the style of the game, how everything had this neo-futuristic vibe to it. The part where the character was walking through the club and the servers had those weird boxes on their heads; I thought that was pretty cool. But as for the graphics vs gameplay debate, it's rather pointless to argue as both features are symbiotes of one another.

Yes, mine is huge. I use backloggery.com, which is a pretty useful tool, to keep track of my completed and unfinished games. As of today, I have 217 games to finish. I suggest anyone who has a massive backlog sign up at backloggery.com, as it's rather handy. I'm JustPlainLucas over there too, if you wish to add me.

Don't get me wrong, I have stated that in the right context, the subject of rape could be used to elevate discussion and realism in games to a higher level, but I dont think that it is the single most important issue that could be expanded upon. Most of my comments have been in the confines of this particular discussion, but i think many other dark subjects should for maturities sake truly be used more often and with better effect in games. I generally agree with your statement except when you say "of course, rape"( I fully understand that you might not have meant for that to be the context). Rape is a hard real life issue that needs to be thoughtfully addressed more often, but it is not the first or only subject that comes to mind when people state that games should be more mature.

Drug use for example. It is used often enough in games for effect, but it could be done with far more impact and more interestingly. Many peoples lives are effected in horrible ways by rampant drug use by parents or friends, or romantic partners, and very few games seem to relate drug use in a mature fashion that effects anything other then the main character as he searches for "health" items.

Homosexuality is another. We need more games that approach the subject in less humorously and with more tact to people who live life within that setting if we ever want to see games become more than "toys for children and men with the minds of children." Granted, games up until this point have danced around sex from as much a graphical standpoint as a morale one, but homosexuals are homosexuals even when they arent having sex. There is nothing wrong with creating characters with same sex attractions in games that arent going to include sex, as long as you arent going to just use them as comic relief every time.

Also, as much as people have come on here crying out against feminists, women's roles in games need some serious addressing if we truly want respect in the mass media audience. Stronger female characters with more depth, who wear more clothes and dont get through every situation through flirting or flashing cleavage would be a welcome change of pace. That's not to say that i think theres anything wrong with attractive females in games or characters being created around their sex appeal, but it shouldnt be the majority of characters representing that sex.

There are others that i can think of, but i think you get the point, and i doubt anyone is even reading all this anymore. I have a tendency to prattle on when I am invested into an issue... forgive me for being overly verbose.

Yes, I do agree that there are more mature subjects that could be implemented in our games to steer them away from juvenile audiences, but for the sake of the topic at hand, I stuck with rape. I also do agree with you that the gaming world's view of female sexuality in games is quite often one-sided, always portraying women as amazingly beautiful, or for the lack of a better euphemism, outright slutty. To be fair, though, this imbalance doesn't just pertain to games; it's media in general. Magazines, from weekly issues of People and US Weekly, to fashion magazines - particularly fashion - such as Vanity Fair and Vogue. Movies and and music contain many, many stars and idols that are so superfluously enhanced that if you were to see them in their natural state, you would never recognize them.

This all can be linked to one basic instinct, and that's the chemical law of attraction. We're simply hard-wired to gravitate to people who are, at worst, as good looking as us, or at best, far better looking than us. It's also matter of believability, because you'd normally wouldn't understand why an average 37 year old overweight pock-marked woman is jumping around in hot pants shooting bows and arrows at people. Same goes with a 43 year old bald-headed beer-bellied unshaven drunkard dodging through the air in slow motion shooting guns at more people. Err, well maybe just one case. ;) We tend to think we'll never see the scenarios we experience in games in real life, so that's why there's an almost mandatory requisite to make characters look as attractive - be it female or male - as can be, because it enhances the fantastical atmosphere of our games. As I said, it's all about believability, but that's just one shade. If you want to talk about another form of believability, well... that's another thread entirely. :P

PS Still getting used to the way GB works, which is why I'm posting this here, even after accidentally PMing you my reply. :P

God damn... I hate having to pre-order games to get bonus content... but I think i need that Stan Lee!

As someone who LOVED the swinging mechanic of Spider-Man 2, am I disappointed that Beenox is not using the same kind of system? Yes, but honestly, the sense of web-slinging looks incredible in this game. You just have to click off that rational part of your brain that says, "BUT HE SHOULD BE NEAR A TALL BUILDING" and enjoy the ride. I think that we need to focused more on the fact that ASM returns Spider-Man to a full-fledged fleshed out NYC to swing around in. Their last three Spider-Man games have relegated him to closed areas, so at least with ASM, you get that sense of freedom returning. Focus on the web cartridge being half full!

Well, if our video games will ever be taken seriously as a form of entertainment not solely for kids, games need to start incorporating more mature content that isn't just blood, gore, and the occasional pixelated nipple. I mean, of course, rape. It's a narrative mechanic that drives up the emotion, most specifically anger for being victimized and disgust for the assailant, and would thus give the objective of exacting revenge against the villain more poignancy.

Our medium is trying to break through and become accepted as art, just as literature, music and film are considered art, but it is constantly being held back by people who feel that rape and other graphic depictions is "wrong" in a video game. If you believe it is wrong in a video game, than it is wrong in any form of media. I do not want rape in games just because it would fill some morbid desire that I would never express in real life. Rather, I want to see rape shown in games to bring the medium to the same level as other forms of art to really be considered art because I believe that's what video games are, and they should be protected under the freedom of expression as with everything else.