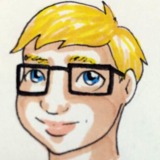 “Are you guys looking forward to the boothbabe awards?” The audience reacts mildly. “Come on, you’re not a bunch of fags, are you?” These were the words of the announcers Skate and Dennis at the videogame event Firstlook, end of last year in Amsterdam. An event where hardcore gamers get to see the games that are being released in the holiday season.

In gaming culture, which has a big if not complete overlap with geek culture, has traditionally been a predominantly male dominated one. Like in the rest of the technology sector there is disappointing lack of female presence (only 25 percent of all computing professions are held by women). But it’s not like gamers are exactly opening up their ranks to people who are not heterosexual men. Let me give you three examples of this:

As mentioned in the introduction, there were “boothbabes” at the Firstlookevent. Boothbabes are attractive young women, clad in costumes that have only a vague connection to the product they are promoting. A lot of the (young male) visitors love to put their arms around the ladies and be photographed. Treating them as some kind of interesting landmark, this behavior and the aforementioned awards reduce the women to nothing more than their bodies.

But that’s not enough for some members of the gaming culture. They’ve made a sport of interviewing boothbabes and proving they’re not “real gamers” and don’t know more about their product than has been printed on their PR factsheet. I think this is done to legitimize the sexist behavior towards boothbabes. After all, they’re not one of “us,” so we don’t have to treat them as equals.

This is a viral video that did the rounds in the gaming community a couple of years ago. The raw hatred exposed in this video is common in gaming culture. “Cocksucker” and “faggot” are common insults slung at your head if you’re not playing “good enough” or “the right way.” As I have mentioned in an earlier blogpost, little to nothing is done to curb this behavior by the “authorities.”


A common reaction to the video was the claim that by setting his username to “Gay Guy”, the author was provoking and soliciting the reactions he got. If we follow this logic to its conclusion, it would mean that simply identifying yourself as a homosexual individual, you are being provocative. Which shows how gamers think about homosexuality.

This incident took place at the end of 2007. Jade Raymond, an attractive young woman, was the producer of the game Assassins’ Creed. Climbing up through the ranks at gaming giant Ubisoft from programmer to producer (it is nearly impossible to give a description of this position, since job descriptions vary wildly from developer to developer) and was positioned by Ubisoft as the public face of the game.

Prior to the release of the game an online comic (created at the Something Awful forums, an online community known for its shocking sense of humor) was released that depicted Raymond in a pornographic manner. This comic claimed that Raymond did not make any creative contributions to the game and was solely used as a marketing tool. Again, the position of the gaming community on women is made abundantly clear.

Light at the end of the tunnel

It would be ridiculous to paint all gamers as sexist, homophobic, sexually frustrated teenagers. An example of a very open and welcoming gaming community are the Quarter To Three forums. Also Leigh Alexander, News Director of industry site Gamasutra, also writes a lot about the position of women in the gaming community on her personal blog.
52 Comments
Load Comments