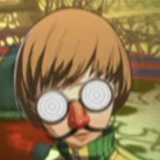 Mothership Zeta or should I say Zed?

I just put a bow on Zeta and I must say that although I really enjoyed the first third, the back two thirds were downright boring. It was definitely interesting to face aliens for the first time but once I got a disintegrater the combat just became downright boring. The three generators seemed like a way to artificially lengthen it, and after about an hour I just wanted it to be over with. I did manage to pick up some useful guns, and plenty of ammo of one of the guys I killed, so it wasn't a complete waste but I now understand why people think this is the weakest of the DLC for Fallout 3

I just picked up the GotY edition of Fallout 3 two days ago, and I have to admit that I am really enjoying it. The game definitely has its share of problems, I walked through a hole in the geography and the frame-rate can be downright abysmal at points, but it is still a lot of fun. I just finished up Operation Anchorage and started Mothership Zeta, and if the rest of the DLC is half as good as OA it will be a long time before this disc leaves my PS3.

I have given up.

I am giving up on attempting to complete Uncharted: Drake's Fortune. Having played a couple hours of Uncharted 2 last year I now understand what everyone was talking about with regards to the bullet sponge enemies. It is a shame that it has come to this since I really wanted to play through the first one before completely diving into the second but the firefights are just too damn infuriating. It is a constant struggle to get the reticle to where it needs to be and then the enemies just soak up the bullets until I am left behind cover with no ammo and multiple hostiles in the area. I have already read a plot summary of the first game so that I would not be completely in the dark when it comes to the relationships in Uncharted 2 so I don't see myself going back to Drake's Fortune anytime soon, but I will keep it in my collection just in case I decide to come back to it  at a later date.

Wow. This game is absolutely incredible. Now I know why Brad immediately jumped back into a new game after he finished it up for the first time because that is exactly what I did. There were a couple of problems that I experienced such as a major clipping issue during one mission and a brief moment of slow down but overall this is probably one of the best game I have played this generation. Every mission was structured really well, and it actually felt like I was effecting the game world every time I completed one. It would have been nice to have had a proximity meter for the missions when I had to follow/chase somebody or something but it was only a problem once or twice. All I can say is that I can't to see how different everything on my good playthrough and I can't wait for inFAMOUS 2.