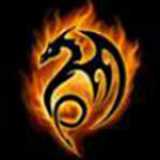 I managed to grab myself a LittleBigPlanet beta code.

LittleBigPlanet is a strange but wonderful game, It's not like anything I've seen before. You play as the Sackboy the cutest gaming character ever.

The game is graphically impressive, Its got a wide variety of colours that makes it nice to look at. The audio on the other hand can get mildly irritating, at first it didn't really bother me but the more I played the more the music got on my nerves, In the end I was just turning the music down and countinued playing.

LittleBigPlanet (LBP for short) is a 3D platformer. You take control of Sackboy or Sackgirl, who come with their own customizable clothing.

The game seems to have a story mode, but you only get the basic training levels in the beta. The games biggest attraction is it customisation feature. Users get the opportunity to create their own levels and puzzles and share them with other users over the Playstation Network.

For the short time I have been playing the game, I have come across a Gears of Wars Level a Metal Gear solid level,a Halo level and even a Donkey Kong Level.

Sony has even thrown in a feature where you can take pictures with your EyeToy camera and import the pictures into the game.These pictures can be used to design your level or even can be used to costomize online lobby.

There is also multiplayer in this game, You can play with up

to 4 people in Co-op, the only problem is that I expierenced a good bit of lag

All in all, LittleBigPlanet seem to be a very enjoyable game, with its easy pick up and play controls and many hours of creative designing gameplay, it a game the whole family can enjoy.

Sony claims it will be the game that revoulutionises the PS3 and increases sales, but only time will tell.
2 Comments