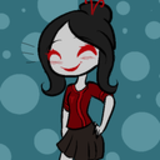 Back after three years

I just had an Oblivion experience.

My brother had loaned my copy of Oblivion to his friend for the summer and I had just gotten it back. When I started up the game I saw that I was in Passwall during the knights of order invasion. I was also completely invisible and wielding a sword which I had enchanted myself. I walked up to what must have been thirty knights and back stabbed all of them. The head of the dark seducer army woke up from unconsciousness and congratulated me on my victory, she then suggested I see the god of madness for my next task. I walked up to the gates only to realize that there was along term feather spell that allowed me to walk and it had worn out. I recasted the spell and then exited the Islands, I was greeted by a beautiful view of Cyrodil and a guard who wanted nothing to do with me because I had been in the Isles for too long. I decided to fast travel to my mansion in Cydenhal where I would leave my more heavy and valuable loot and then get some armor that did not have a full Camo enchantment on it so that I may have an actual challenge.. Having decided this I went to the map and selected my destination, the loading screen came up and my game froze. That's the complete oblivion experience.