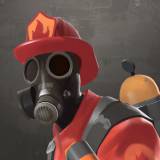 It would have two touch screens with 720p, at least 120 GB of HDD space, wireless internet, the touch screens can support multiple touch points, and is packaged with a toaster attachment.

And here I thought a phone was just about talking with people.

Microsoft is betting that Project Natal will be the next big thing. And a lot of people are excited. Interestingly enough all the people I've heard get excited about it are either Microsoft fanboys and/or Xbox 360 owners. Now I love me some innovation, and I love me some Xbox 360, but when I think to why I got a 360 it becomes clear to me that Microsoft is just trying to make a new gimmick for a quick buck. Now I got a Wii at launch and then about a year ago I got my 360. But as my mom asked, why would I get an Xbox when I already have a Wii? The answer was there are games on Xbox that I simply can't get on Wii. Same for the PS3. But the more I think about it I wanted an Xbox because it had refined the classic style of gameplay that we gamers have gotten used to. No there was no huge innovation like the Wiimote but that's why we like it, it's familiar, it's nostalgic, and admittedly it's more mature. Not that I'm doubting that it can be a fun experience it's just that Microsoft seems to be making this out to be the next standard for game controllers. If that's the case I'll be switching to a PC gaming bias real fast. I like the idea of Project Natan, I like being active, and I like cool new innovations in video games but the trailer for the camera left me feeling uneasy about it.

Another thing is we already used this beofre. It was called the EyeToy. It didn't really do well if memory recalls. At first it was fun but you can't make a real game from this camera. And I know it's a lot more advanced than the EyeToy was but what kind of games can you make for it? When we saw the Wiimote and heard about it we had dreams of shooters, lightsabers, and RTS games. With this what do you have? You have a racing game but there's limitations. If you're in your cramped bedroom (as I am) and you have this camera there's not a whole lot of space for the camera to see your feet. Big deal you say? Well yeah how else are you going to give a realistic racing experience if you can't put the pedal to the metal. If it can't see your feet then what? Use the controller buttons? Well what's the point? If the controller's out I might as well be using the analog sticks.

Now games like Fight Night, Tekken, and Madden I can see working. Put Fight Night into first person and what do you have? You got the world's first realistic boxing simulator on a console (Wii boxing and Punch Out are not simulators so I didn't count them.) With Tekken (or any other arcade fighting game for that matter) you simply perform the attacks and the game recognizes it. The only problem here is that if playing against the AI or another player with a controller you'd be at a disadvantage because not only do you have to perform your characters attacks but you have to wait for the game to recognize it which, even if it take only a tenth of a second, puts you at a disadvantage. With Madden you simple pantamime throwing the ball, tackling motions, and any other moves needed for football. Again like the racing game you need to be able to have enough room for the camera to see your feet while standing.

I feel like I should like Project Natal but I can't help but be critical about it especially when we really haven't been given a whole lot of information on how it's going to be utilized. But maybe I'm doing the same thing that I've been complaining about third parties doing on Wii: trying to apply traditional games to a non traditional control scheme. Maybe Natal will open up a whole new world of genres.

Peter seems to have the right idea for Natal but not every developer is Peter Molyneux. How long is it until we see HD versions of imagine Babyz or Charm Girls Club? Developers are going to abuse this because you know who will buy this? The casual (and core but mostly casual.) If they abuse Natal everything that everyone says about the Wii will begin to come true for Xbox.

To conclude if used right Natal can be great but many steps need to be taken to make sure that it does not become a gimmick and does not get raped by developers looking to make a quick buck off the casual gamers. What do you guys think about Natal's future?

P.S. I just want to say how excited I am about the Wii Vitality Sensor.

The funniest game I can remember playing recently was Banjo-Kazooie: Nuts and Bolts but I do remember some very funny moments in Free Radical's final hit: TimeSplitters: Future Perfect.

I made a sea kitten. I do not under any circumstances support this ludicrous campaign but that didn't stop me from making one.

Create Your Own Sea Kitten at peta.org!
2 Comments

I got a ton of games from 2007 to get still (Bioshock, Super Mario Galaxy) and then there's a crapload from 2008 that I need to get (Dead Space, Metal Gear Solid 4) and then I can worry about games coming out in 2009 (Street Fighter IV, MadWorld, Resident Evil 5)

Saint's Row and The Force Unleashed

I picked up the first one after hearing all the praise that it got from when it originally came out but about five seconds in I realized that there is no real plot to the game at all and especially when I could of got GTA IV instead that just disappointed me.

The worst game I played that was released in 2008 was Star Wars: The Force Unleashed. Not a horrible game at all but it really disappointed.

Is The PS3 Killing Developers?

In all seriousness I'm not giving any fanboyish hate to Sony's console but come on! Look at this past week. Two great developers shut down this week. First was Free Radical which was making Timesplitters 4 a game that I would build a time machine and travel to Austria and kill Hitler right as he was being born to get. And now it's been revealed that Factor 5 has shut down and I know a lot of Wii owners looking forward to their Kid Icarus game that was "rumored" to be in development. The only thing that these two guys had in common was the last game they made was a high profile disappointment. Free Radical put forth the disaster known as Haze, and Factor 5 made Lair which disappointed nearly everyone. Both games were PS3 exclusive for reasons I quite don't understand. Now given the current economy I can't blame it all on the PS3 but what if these titles were avalabile on the 360, as multiplatform titles. If that were the case could we still be looking forward to Timesplitters 4 and Kid Icarus or do you think it wouldn't of mattered? What do you guys think?