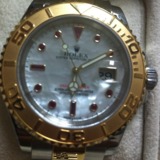 I ONLY POST AND DON'T READ ANY COMMENTS OR MSGS

One of, if not, the greatest video things I have ever seen!

No one is talking about the melee then jumpjet trick to move 10x faster on foot.

Another thing is to always use shelter at beacons to find drop pods with exo suit slot upgrades.

Lastly you must stack multi tool upgrades next to each other for them to work (will have green border around the ones that are touching and in same type of upgrade). I stack all laser mining stuff at the top attached to the main laser square and at bottom group all my scanners with the scanner boost, even they have green borders and work correctly when placed next to each other in the slots system.

im lvl 21 with a beast of pokemons over 1000 cp already. i live by an outdoor mall which i call the cheat code. 15 pokestops all close tons of pides and weedles to quick level with evolve and double xp eggs.

I happen to agree with eternalgamer2 on this one, 100%! I deleted my first post that was a mean post after an hour of thinking about it, but now that I see others feel the exact same way I did make me feel better. POOL NATION VR is amazing and JEFF didn't give it a chance and just made it seem stupid. I just want for them to maybe read some steam reviews and find out what the games key points are and then spending 5 minutes before recording to at least try the games out! Please GIANT BOMB DON'T KEEP PUTTING SHIT CONTENT LIKE THIS OUT, YOU WILL LOSE YOUR FAN BASE!

Alright guys, I've loved this site since you guys started it but this video is really showing why you need to do some homework before you load some of these games up. You know how you actually at least test out games and get the basic gist before doing most QLs? How you generally try to learn the basics about a game before filming on it? That's a good idea for not giving games a short shrift.

Battledome: You guys didn't even play the main mode of the game, which is like Splatoon and the entire point of the teleport is tied to a paint mechanic where you have to paint squares and then teleport to your team's color. You never even saw this mode or understood how the painting/teleporting is integral to the strategy. This game is pretty popular with overwhelmingly high Steam reviews for a really good reason, but none of it is shown here. Mechanically it's incredibly sound and solid design.

TableTop Sim: There is a full tutorial that would have walked you through all kinds of control nuances. Someone said the VR seemed half baked. This is pretty much objectively false to anyone who spent any time with it (or even just spent 2 minutes going through that tutorial). You can pull objects to you to lock them in place. You can shrink down the size of the table or be a god standing over it. You can pass around in worldVR ipadswith functioning internet browsers to bring up info on game rules or just anything you want to bring up on an actual browser. You can play your own music, use your own environments, and there are just a ton of environmental customization options. When you play with other players you see them all around the table with you in real time. But VR players can also play with non-VR players and there is a ton of flexibility.

HordeZ: You guys played the game on easy and therefore didn't see any of various enemy types nor did it demand much of you on easy because easy is basically casual mode. On easy in the first stage you only get the generic basic type zombie and almost unlimited ammo. Yeah it's a VR zombie shooter but it has support for up to 4 player coop, has 9 distinct levels, and a survivor mode. It's not the most amazing game but for $16 it's pretty full featured and solid, and it at least requires some skill on the harder difficulty levels, none of which comes through when you just fuck around with it for 4 minutes without knowing what it offers or paying attention to the options.

Pool Nation VR. This is a fantastic pool sim. I never even liked pool before playing this game, but I've played it for hours over the last month and it's taught me a lot of nuances of the game. But instead of actually playing it or trying to dig into the mechanics, Jeff hits the ball twice (twice!) and then starts fucking around in the environment, leading Brad to wryly remark "VR is dumb." Yeah it's dumb if you make it dumb. You have that option. Pool Nation lets you fuck around and do stupid shit. It also is a pretty robust pool game with great ball physics and that even has a great online play system and a player level where you get unlocks for leveling up (Viking Helmet FTW!). But you guys didn't see any of that because you didn't respect the game enough to dig into it.

Job Simulator. A very minor correction here but an important one. The game is $40 but it is also free for everyone who buys a Vive. It's a small point, but the fact that none of you knew this kind of shows you haven't been paying attention to this market. You don't even know what the free pack in games are apparently. (For the record, all Vive's come in the West with The Lab, Tilt Brush, Job Simulator, and Fantastic Contraption).

On the plus side, you guys did show me some games I haven't checked out yet. I want to now play Cosmic Trip, which I previously had no idea was as fleshed out as it is. So thanks for that. And Jeff seemed to legitimately give this game a shot and tried to learn the mechanics. And as a result, the game showed pretty great. But a lot of these other games really are more fleshed out then you are giving them credit for and it's not fair to the developers that you get in them, fuck around for 5 minutes trying to entertain your audience and give a poor idea of what the games themselves offer.

I was really looking forward to this Vrodeo but as someone who has played most of these games, I'm pretty bummed about how sloppy you and ill informed guys were when it came to showing them. Spending even 10 minutes with each of them before and maybe looking up the features on the Steam page would have given you a much better idea going in. I'm not claiming they are all pristine polished experience, but you guys seem to have formed the narrative in your head that these early VR games aren't worth your time and are all just dumb things only worth while if you want to fuck around in them, so you treat them all as such and the audience gets a bad impression. It becomes a catch 22. These developers are putting in work and it's fine if you don't like the end product, but I don't think you are giving them a fair shake at all by going into their games uninformed and often not actually trying to understand the mechanics and instead just using their games as a joke for some VR antics.

Remember when Soldier Boy played Braid and talked about how "the game ain't got no point" and is a good game for people who like "drink and get drunk and smoke weed and get high"? That's basically what you guys seem like in this video to anyone who has spent more time with these games.

Yeah I feel like a piece of shit for saying it, but this is very true. The failure to actually play Pool Nation with another person which is the entire point of that game was a let down for me. I'm probably too harsh. Maybe they just need some more VR Quick Looks. Come back to some of these games.

I deleted my mean post, I am cranky in the mornings (lol).

My Vive leather covers just came from xxx://vrcover.coxx, to bad I have to go back to my parents for work training out by their house for a week. They are suppose to make the lenses closer to your eyeballs, thus, giving you a wider viewing angle! and they are two nice pleather inserts for $30!