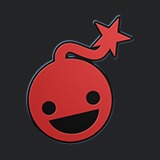 These are Kone's Tweets of 2022 (according to Twitter Analytics)!

Oh, what a year it's been. My artwork(?)/Tweets have been featured on Giant Bomb through The Community Spotlight, Retweeted by the staff, and have even shown up in some of their streams. I'm still waiting for my residual checks from Jeff Bakalar for showing this poster I made every time he plays Eternal Darkness. Just kidding, of course. Convert that money to Robux and give it to Dylan so he can delve deeper into the Roblox rabbit hole! (Why am I trying to destroy his family?)

It was fun to somewhat be a part of Giant Bomb's circle. Some would say it's more like me being a part of Sony's Spider-Man Universe trying desperately to fit into Marvel's Cinematic Universe and failing miserably, and that's a totally valid point.

Without further delay, here are the top 10 Tweets, which aren't really Tweets. They're the pictures/videos taken from the said Tweets because Tweet embeds seem to be broken on this site. (But if you actually want to see the original Tweets, just click on the title of each one.) How many more times will I say the word "Tweet" in this post? Place your bets. Or should I say, Tweet your Tweets? No, I shouldn't have said that at all.

Featuring the likeness of the staff at the time, including a soon-to-be-hired Jeff Grubb and a soon-to-be-never-seen-again Danny O'Dwyer, this CryptoPunks-inspired piece was created during the peak popularity of NFTs and cryptocurrency. Don't quote me on that because I know nothing about those topics. Although I do hear that other three-letter names related to this topic (FTX and SBF) are in big trouble right now!

Mark Zuckerberg. I think we can all agree that he created something that changed the world. And by "something," I mean a Facebook post with a picture of a 3D avatar of himself, reminiscent of a Nintendo Wii Mii. And by "changed the world," I mean everyone dropped their differences for a day and collectively mocked him.

Feeling sad for him (not really, I just wanted to be part of the cool club and do something related to his post), I decided to give him some e-friends in the form of the Giant Bomb staff.

When I heard Tamoor say "Grubb one out," I knew I had to make something out of it. By luck, I had already downloaded a video of Jeff Grubb cranking his Playdate while looking like a huge creep, so it was fate doing its thing. Why did I already have that video on hand? Well, that's for me to know, and you to never find out.

I actually told this story to someone on the Giant Bomb Discord, that the best part of the gif, like I said before, is that he's actually cranking it (the Playdate). They reacted to it with a thumbs down emoji. I suppose they thought I was trying to make a joke about "rubbing one out" and "cranking it," but the story is totally true! I'm calling you out, ElectricBurgers!

7. Bombers of the Galaxy

I made this after watching the 2021 Game of the Year deliberations when Jan made a passionate speech relating Marvel's Guardians of the Galaxy's ragtag team of misfits to his personal circle of friends as well as the Giant Bomb staff of yesteryear. It was a touching moment that needed a picture to screw it all up.

This is the third time I've made Funko Pop! versions of the Giant Bomb staff, and each time, it's met with confused boners, minus the boner part. At least I hope so. What I mean is that people are always torn between feeling disgust for the little guys but also wishing they actually existed in the real world. It always feels good messing with people's emotions.

Some people say Lucy's Jenga skills are out of this world. I would argue that it's the other way around. It's Jenga's Lucy skills that are out of this world. What does that even mean, you ask? I don't know. I just needed filler because I couldn't think of anything to say for this entry. I did think about using a gif instead of words here, but I've seen the reaction to that kinda thing on the Giant Bomb subreddit, so that wasn't happening. Not that I think people are going to have deep conversations about this dumb list or anything.

Throughout the years, I had heard enough "Last Resort" references from the staff that I knew I had to make an actual music video with them "singing" the lyrics. I had worked on this project for a while, so when Jeff Gerstmann left the site, I had to redo some of it. But in the end, I think it turned out great.

Special thanks goes to random people on forums teaching others how to mass download captions from YouTube. Without finding that information, it would have taken 10,000 times longer to find the spoken words for the lyrics. But I suppose admitting this loses its do-it-yourself appeal, so let's pretend I didn't use any outside help and that I watched through hundreds, if not thousands, of videos while listening intently until someone said the exact word I was looking for. Ah, movie magic!

3. Mike Minotti and the Statue of Tifa

Two things come to mind when you think of Mike Minotti: Final Fantasy and pervert. That's a joke. If you happen to be searching for information regarding Mike Minotti, please realize that he's not really a pervert. Well, not that I know of. I mean, I don't know him personally. He could very well be one. Anyone can, really. I would even dare to say that each and every one of us are, but we all just keep it hidden from others. (That was a nice save from a defamation lawsuit, if I do say so myself.)

In May of this year, there was much talk about a certain Tifa Lockhart statue doing the Jack-O pose. Exactly why I chose to make this statue life-sized for Mike to step on isn't exactly clear. That's just how my brain works! But what I do know is that it's gaming-related, and that's all that matters. I guess.

After hearing Jeff Bakalar utter the phrase "People used to tell me I look like human Shrek," I knew I had to bring the image to life. I had assumed the picture would provoke a negative reaction, but what I didn't expect was the number of people who actually liked it. Who knew messing up people's faces would bring such joy(?) to others? I should have made a mental note of this at the time because I did not expect the reaction I received from a recent post which happens to be number 1 on the list.

Sneaking into number 1 in the last week of December is a clean-shaven Jeff Grubb. Upon seeing the shocked and upset responses from Jeff's followers after he posted a photo of himself with freshly cut and extremely short hair, I knew I had to add fuel to the fire because, as keddren from Twitter puts it, I am an "agent of chaos." What better way to traumatize people even more than to take away more of the familiar? (If only I could take away their loved ones.)

And there you have it. Thank you, Twitter, for your number crunching. Who knows if your analytics were correct or even real? I don't think the current person in charge knows either.

So what's next for 2023? Who knows? Maybe I'll just stop posting altogether and disappear into the wind. Am I being overly dramatic? Perhaps. But wouldn't that be something? Become some sort of urban legend? Cool! And then maybe one day you'll end up telling my story and you could be like Forrest Gump talking about Jenny Curran. "And just like that, he was gone." Jan, fade to black, please.