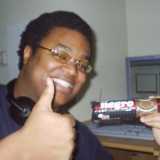 A Look Back At the Invalid Opinions of the SFIII Cast

When Street Fighter III Third Strike first came out for me on the Dreamcast, it was a thing of beauty. I was compelled with it's animations, rosters, music, it's overall presentation was something that made me condense my view that Street Fighter III was one of the greatest fighting games of all time. But there was a stark contrast among another group of Street Fighter fans, the overly nostalgic Street Fighter II fans. Their views was just pure insanity. Why? Because none of it makes any sense at all, and can clearly tell that they haven't played the game to an extent.

But they try to cover it up, they started getting ridiculous with their opinions. I heard some of the stupidest views of the Street Fighter III cast (Think of it like the Wii haters giving out their views on the system; if you're Wii fan, then you know how invalid they are). The most used opinions about the Street Fighter III cast has to be "This character plays like this character." *sign* Some of the opinions I've heard that are in that vain are: " Elena plays like Dee Jay," " Alex plays like Guile," " Yun & Yang plays like Rufus or Fei Long."


So will the invalid opinions end? No. There are invalid opinions flowing around among characters like T. Hawk, he's not my favorite character but the opinions as to why he sucks is just retarded. But there will be knowledgeable fans that will come in and show them how stupid they really are.

Blogs Created:
1 blog
Most Commented blog:
A Look Back At the Invalid Opinions of the SFIII Cast
Total Comments on blogs:
13 comments