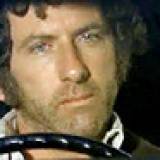 Frantic Screenshot uploading isn't how to score them big points.

When I registered on this awesome site, I immediately started to add submissions. I have added games, concepts, written blurbs, uploaded images and even written a couple of semi-lengthy articles as well.

Unfortunately, my submissions were left in pending mode, and nothing happened for a long time, and then I got about four minor ones approved. I have since then added a bunch of stuff, and nothing had been touched, some almost going on three days, so I began to worry.
Regardless of the pending status I have been adding a heck of a lot of screen shots as well. Almost every screen I have added have been to games that nobody had previously given any. some of these have been processed and I could gather about 400 points doing this.

Now, finally my submissions are finally beginning to getting the approved status, and I just noticed that my Points have shot up to over 1,500. Just like that, BAM!!
So, what did I learn? Screen shots can be fun to upload, they get submitted at a faster pace and you are giving color and meaning to otherwise empty game spaces, but damn doing Wiki edits is the sure way to get the big bucks.

Now, after crossing that magic line I can finally start doing more serious and lengthy articles.

This event also confirmed my strong suspicion that the assertion given that Submissions are approved in the order of which they were added is false. Most of my approved submissions are the more recent ones.

Do not change your privacy settings,a bug will make..(fixed now)

Myself and a few other users have made some changes to our Privacy settings. Do not change anything in there, because if you do, your Feed will stop working permanently, and this is all you get in your profile home:

"User name hasn't really done anything on the site yet :("

See? Even if you change everything back to the original settings, your feed will not work. I'm sure this will be fixed shortly, due to the larger and larger number of users that inevitably will come across this problem in due time. It is quite a big problem too, because the my feed "tracker" is excellent and you feel a bit handicapped when it's gone.

The day the revolution started...

Congratulations to everyone on the Bombcast crew, including the guys and gals upstairs! 'Tis a day for celebrating. The bomb has gone off, and here we are, among the rubble a phoenix that is this awesomeness has risen, and we are all damn ready!!

First thing I noticed is that the site is extremely slow surfing from Sweden. I hope this will get better in time.