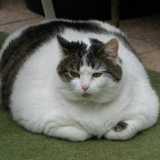 It honestly blows my mind to think I've stuck with this site, and watched it grow and change since I found Jeff's Fallout 3 review back in October 2008. It's been nearly 13 full years since I joined Giant Bomb. I still remember receiving a code for Mothership Zeta from Ryan. I rarely visit the site these days, most of my Giant Bomb consumption is done purely through YouTube now, but it's still a pinned tab on my browser, and has been ever since I've been able to do so. I gladly pay a premium membership every single month, even though I almost never end up watching the premium content.

It's taken some time for me to fully process this news, hence why I'm so late to the party in terms of writing anything about it. When I first heard the news, I honestly thought that my time with the GB had an end in sight. Perhaps, this was the end of Giant Bomb. Like yourself, I fell in love with the Beastcast, easily my favourite podcast of the last decade. Vinny, Brad & Alex will be sorely missed, but I doubt Jeff would've stayed unless he had a plan. I believe in Jeff, he wouldn't stay unless it felt right, and I am excited to see what he ends up doing with the site going forward.

Hell, I've been sitting on years of premium content, that I never got round to watching, so I still have a lot of Vinny, Brad & Alex to watch and consume for years to come.

Hey duders, if anyone could be kind enough to send me an invite, it'd be much appreciated.

Wasn't Lisa the name of the ghost in PT?

Other than the nacho cheese segment, they could probably put the premium stream out as a podcast. Because, it was essentially just a radio show.

I lost a whole bunch of saves when a bookshelf collapsed on my memory stick in my 360 and snapped it in half. Was before the age of cloud saves too, lost a whole lot from that.

I don't normally wish bad things on people. But I really hope Konami dies now, so that people that actually want to... you know... make games... can pick up their franchises.

Maybe they could spend that Marvel money on a NEW FUCKING ENGINE!

Sad that we have to wait. But i'm happy to wait for a more polished game.

A more POLISHed game... GET IT?! COS THEY'RE FROM POLAND!

You Sir, are a comedy genius!