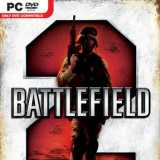 I've been playing through all the main Metal Gear games with my little brother since the beginning of this year. He had never played any of them before (he is the one with the controller), and some are also new to me (MG2, MGS4 onward).

My brother isn't that great at stealth, and often leans too much on shooting, if the game allows it, for my liking, but he generally managed to get through (we are currently 1/3 into MGS5) decently enough.

I don't know if it's because I have played it recently, but I couldn't make it past episode 6 of MGS1. I like the banter, Dan's enthusiasm and Drew's scepticism. But Drew is TERRIBLE at the game, and it really annoys me while watching. They play with the radar on, but can't avoid simple guards.

Drew should play the games as he wants and I'm happy to hear that he is enjoying them, but watching is literally painful :(

I sort of see your point, but I think it's the video game communities that are largely negative and not professionel reviewers/journalists.

Sometimes I don't want to associate myself with other "gamers", because they are so often ass holes or selfentitled babies.

Burnout Paradise comes to mind. Heard nothing but praise about the game. Convinced 3 friends to buy it, for our annual Xbox LAN party, but nobody liked it (made me ashamed). It's just sooo boring. The world seems so generic and there is too little variety to the activities.

I haven't really enjoyed any jrpg since high school (I think) for a multitude of reasons. I have tried multiple times, but simple didn't enjoy my experience.

A lot of other people enjoy them, so I guess it must be difference in taste, rather then bad games.

@CptBedlam: About 7-8 hours but some of the time was padded, because the game demands more precision then the controls will give you (thankfully not alot of times), so some places I died alot.

But I'm the kind of person that takes 13-14 hours to play through a CoD compaign for the first time, because I'm searching all over for hidden stuff, so Deadlight really felt short. Expecially because not much happens in the story.

The game is fun, but it is not a substitute for Shadow Complex II (when will they make that game, grrr!). Try out the trial and see if it hooks you in. In your case I might recommend waiting for the game to go in sale.

Video is back up with impressions.

... No it's not PS3 level graphics, if you actually thought that was going to happen then you're very silly and it's your own fault in reality. It does pull off console level graphics, the Wii is a console is it not? and it looks better than that. The Vita isn't even that far off a 360 or PS3, yes there's a gap, but it's far closer to looking like those than the Wii is.

It's smartphones and tablets that can't pull off console level playing experiences due to the on-screen joysticks and buttons.

So again, the Vita is going to be fine. I don't understand how people can be so negative when it's so early on. Maybe you guys should go back and relive the PSP and 3DS launch line ups.

Would he be stupid? PS3 level graphics on the go was Sonys own sellingpoint of the Vita. So you are telling us that it is stupid to believe what Sony tells us?

Yup, smartphones and tablets can't pull of console experiences. BUT THAT IS THE POINT. Most people don't want a watered down console experiece, they wan't a tailered experience to the situations they are in. Small games that are quick to pickup and put down. When the games come for Vita (and they will) the best case scenario is a new PSP. And the PSP didn't win against the DS for a reason.

@Humanity: It's mostly "getting around the environment" puzzles. Some of them involve shooting :)

The shooting seems fine. The aiming is as to expect and the shooting feels powerful enough. Sometimes the "getting the gun ready" animations is a bit long and might get you killed.

@Humanity: No. The game is completely linear. There are hidden items, which are a bit out of the way, but nothing out of the ordinary.

The game is alot more like Limbo than Shadow Complex