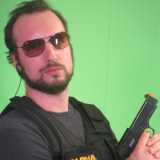 Its that game with the wierd looking animal trapped in a room and jeff has no idea what hes doing in the game but he says he plaays it once a year. You click things and stuff happens like an elephant trunk comes through the door. forgot the name of the game though

its a japanese game

can anyone remember the name of this game ?

Vaccines help wipe out viruses, people who reject vaccines cause of their theories will keep the virus going

Normally when i'm really into a game and can't stop thinking about it ill often dream about it.

When I was younger I had friends that played all the Zelda games but when they heard Zelda Windwaker coming out they rejected it just cause it looked more cartoon-like. We was in our early teens and looking tough as males was priority number one.

I'm interested to know as i've never been turned off fully by the art style of a game but im curious to know if it degraded your experience in anyway?

The only game i can think of being is call of duty, i didnt like all the brown/gray colours lookingh too bland. Even then i Enjoyed the gameplay somewhat.

depends on the game and its subjective to the individual. If you're still having fun with the game and using completion as an exscuse to keep playing the game then go for it. If you have seen all you wish to see and dont think there is much depth then leave it

From my experience with depression any game that isnt too stressful or requires too much focus at all times is the best. Turn based games are great for this as it gives you at you're own pace the issue with this is that it can lead to momemtary phases of downtime where you can ruiminate.

Any colouring in games, Even if in our minds its a small accomplishment its actually tricking little bits of dopamine in our head ultimatly hopefully trying to make our brains desire more of it.

Sometimes if you feel like your ruminating and depression is about to hit you out of nowhere fighting games or FPS they require alot of focus in the moment can help and your mind is tricked into thinking about one action.

If you have hit rock bottom and you feel like your forcing yourself to play a game at that point i wouldnt bother, either meditate, go for a walk whatever is best to get out of your own head for a while so you can reset.

At the end of the day depression is different for everyone who suffers from this, it isnt even stable so one game might be good for one time while another not so at the time.

Considering their is a post about the most disappointing I thought id create this for balance.

My game is going to be Dragon Ball FighterZ, after a long list of rubbish fighting games this one felt the most like a good fighting game with all the characters i love. I looked over budokai's many faults in the past.

I dont EXSPECT alot of power as that isnt nintendos style...

A good sized team not too many not too little and all have a similar direction in terms of vision when it comes to creating the final product.

Versatile - a team who can take critism but not bend over and ruin their vision.

a creative enviroment to inspire developers with new ideas.

A publisher that gives the devs time to work on the game until their game is created. Not silly deadlines.

Colleagues that respect each other and there isnt as such an imposed hierachy. As in managers still feel part of the team

Asking this because the company I use to give my respect to was Blizzard. Ever since activsion shared a partnership with them alot of the trusted employees are leaving because of the creative freedom being undermined. Also the deadlines to incentivise short term gains in comparison to long term gains. Blizzard built the trust of alot of customers for their actions and with this partnership they are a shadow of themselves.

Also side note - do you think if a company gets alot of success eventually they will end up like Blizzard in which a company larger than them either buys them out of shares a partnership with them and goes against the companies orginal idea?